You will be a victim of the coronavirus 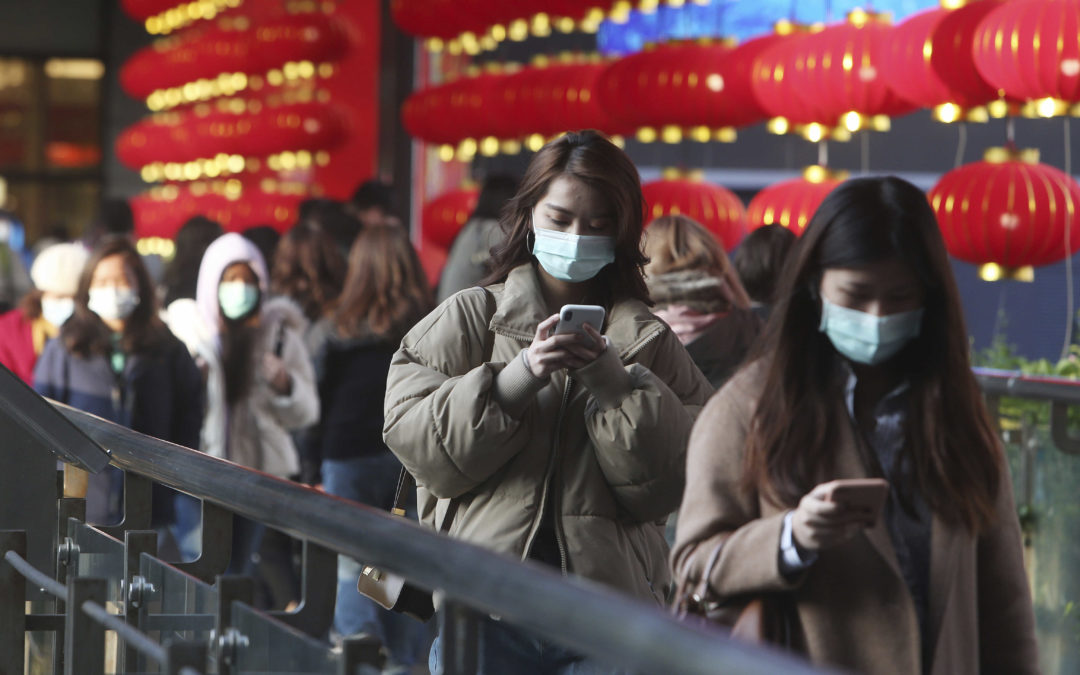 While we are engulfed with the election and wondering who might form the next government here, spare a thought for the world economy. Given that we are among the most globalised countries in the world, it might be prudent to look up from our own political navel and take stock of the past week in global affairs.

After 10 years of a global economic expansion, against a backdrop of historically low interest rates, debt levels are higher than ever and the global economy is more integrated than ever, not just financially but also from a supply chain perspective.

What the Brexiteers forgot is that globalisation means economic sovereignty is a mirage. We Irish should not forget this. There are few, if any, British products with inputs sourced exclusively in the UK and exported out to some foreign buyer. The vast majority of sophisticated products (and for any product to sell successfully on the international market it has to be sophisticated) are an amalgam of inputs sourced throughout the world by highly professional supply chain managers. These inputs may be assembled in a country but they are in no way unique to that country.

The country that wins is the country that makes itself the best place to assemble products with the best workforce (adding value either through research, marketing, sales or simply excellent process), the most competitive tax rate and cost base and unfettered access to the global market. It really is that simple. The world is intertwined like never before.

Similarly, global financial markets are unprecedentedly interlinked. A financial shock in one part of the world is felt almost immediately in stock and bond prices in another part of the globe, which may have little or no real economic links with the country whence the shock emanated.

This is called contagion in finance. The more leverage or debt in financial markets, the quicker the contagion. Assets are bought using a combination of debt and cash; if those assets fall in value, the buyer has to stump up cash immediately to make good the difference between the original buying price and the new lower price. In extreme cases, if there is a shortage of cash investors will have to sell good assets to pay for the losses on bad assets.

Thus, despite strong global growth, the world economy is vulnerable to shocks. The coronavirus is one such shock.

Since the Sars epidemic, China has become a much bigger part of the global economy. According to the IMF, China’s share of global GDP has more than doubled from roughly 8.3 per cent at the time of the Sars outbreak in 2002 to around 19.3 per cent now. Similarly, the value of China’s exports has risen more than sevenfold, from about $325 billion in 2002 to just under $2.5 trillion in 2018, based on World Bank data.

Therefore the coronavirus impact will be more severe than that of Sars. China’s economy is in lockdown. Its growth rate will plummet. Global supply chains with Chinese exposure, which is a substantial share of the global economy, will be immediately affected, leading to disruption across many sectors.

China is a significant importer of cars and luxury goods, while Chinese tourists and business travellers are critical to the global airline industry. To put this in perspective, consider the fact that China now accounts for about 20 per cent of Apple’s global revenue (some $52 billion in the last financial year), up from an estimated 4 per cent in 2010.

Quite apart from the pandemic itself, the virus has struck at a time when the Chinese leadership is dealing with battles on other fronts. In the past few years, Xi Jinping enhanced his leadership by centralising power and he is now the most autocratic leader China has had since Mao. He is fighting a revolt in Hong Kong, in China the economy is already slowing and its internal debt to GDP ratio is up above 250 per cent.

Meanwhile, the new government in Taiwan is goading Beijing on a daily basis. He is also involved in a trade war with the US, which has tipped into a tech war with Huawei, under attack from the White House. Xi Jinping didn’t need this epidemic.

One thing is clear: Donald Trump – ever alert to others’ weaknesses and emboldened by his best week as president in years – will try to use Beijing’s fragility to screw China in trade negotiations, particularly on the technology front. The Chinese restraint shown in 2019 towards the Hong Kong protestors in 2019 might well give way to brute force in 2020, sending political shockwaves around the globe.

Irrespective of what happens in Hong Kong, the coronavirus lockdown means that countries closely tied to China via significant trade links could suffer. This means falling growth rates in Vietnam, South Korea, Thailand and Indonesia.

But the impact will not be felt in Asia alone. Germany has been providing complicated capital goods to China for the past two decades. German industry is already contracting; a negative shock from China will exacerbate this and amplify the deflationary bias in the EU economy. This means more headaches for Philip Lane at the ECB, which is already trying to explain why it keeps missing its inflation targets because inflation is too low, not too high.

China is the world’s largest importer of commodities – oil, copper and all sorts of raw materials – so we can expect the prices of commodities to fall in the months ahead. This means the revenue of emerging-market commodity-producer countries such as South Africa, Brazil and Russia falls off dramatically, not to mention the Middle-East oil statelets.

In those countries with large current account deficits, such as Brazil and South Africa, we may see recurring current account/exchange rates crises. These minicrises could spark copycat crises. This is why gold and the dollar – traditionally “safe havens” in troubled times – are both rising. Indeed gold prices are testing their highest levels since 2013, up about 2.65 per cent since the start of the year.

All the while, falling commodity prices affect poor countries most, because they are commodity producers. This means less opportunity in continents such as Africa, and more migration to Europe.

Standing back and taking stock of our integrated global economy, with everyone dependent on everyone else, it is not hard to see how an epidemic like the coronavirus could have profound ramifications for all of us. As Ireland is more dependent on the uninterrupted operation of the global supply chain, such a global upheaval would have profound implications for our economy.

As we go to the polls today, this may be something to consider.