Without multinationals, Ireland is a bad-weather Albania 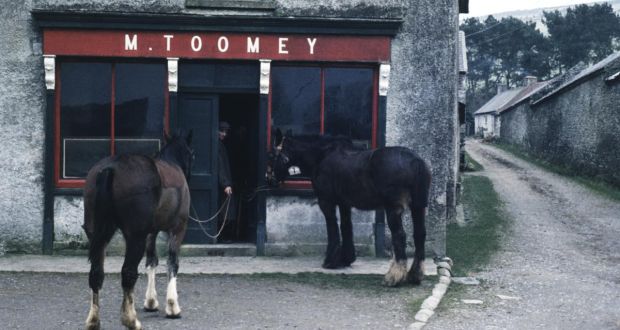 It’s easy to be a little perplexed by attitudes towards multinationals, given their transformative impact on our economy, their complete upgrading of our industrial base and the enormous capital and technological transfer their presence in Ireland has facilitated.

This national upswing is apparent not just from economic statistics but also from improvements in life expectancy, educational achievement, the size of the middle classes and, critically, the standard of living. Ireland has experienced enormous social uplift, the most impressive in the EU, according to the Pew Research Institute.

The centre has not only held; it has also flourished – in direct contrast to the rest of the West, where the middle class has shrunk, leaving people unmoored. In Ireland a whole new multinational industrial base has been created.

The economic recovery from recession has the fingerprints of the multinationals all over it. The easiest way to see this is to compare Irish performance with that of our neighbours and then speculate why that difference might have arisen. What was going on here that wasn’t going on in other countries?

Taking national income in the period 2010 to 2018, whatever measure you use – whether gross domestic product (GDP), gross national income (GNI) or modified GNI – the Irish economy has grown much faster than those of our European neighbours. Multinationals play a major role in this story, both in distorting the figures and in having a material impact on the real economy. Two things can be true at the same time.

Some economists understandably get exercised about the exactness of the statistics and cite problems with multinational money coming in and out. These issues are legitimate. However, we should never forget that it’s far better to be roughly right than precisely wrong.

If evidence points to an upward trend then this is what is happening, and it’s better to see the big trend and be roughly accurate. If we’re nitpicking over the quality of the data, in the microscopic world of number-crunching, then we’ll miss the real story or lack the confidence to tie all the information together and make a big call.

When we examine the basic foundations of any economy – employment, labour-force growth and population – we see Ireland continually outperforming the rest of the EU. Again the multinationals are the missing link, present in Ireland, absent elsewhere.

Let’s look at these basic foundations. Between 2010 and 2018, employment growth in Ireland has been nearly three times stronger than the EU average, our population growth has been twice the EU average over the period, and every year Ireland posts the most rapid growth in population in the EU. The difference between us and the rest is that there are far more multinationals here per capita than anywhere else. They plug us into the globe. Yet the critical positive role of the multinationals has been denigrated from almost every side.

Pro-European integrationists accuse them of smashing European solidarity by playing beggar-my-neighbour against our EU neighbours, while some of our EU neighbours, such as the Netherlands, have no problem playing the tax-arbitrage game deftly.

Across the water, English nationalists of the Brexit persuasion accuse us of trousering money that is rightfully theirs, while planning to set up a buccaneering low-tax haven as soon as they take Number 10. Scottish nationalists talk the language of the socialist Keir Hardie but admit they’ll pay for it by copying the Irish industrial policy of the capitalist Jack Welch.

All over the world there are conferences extolling the Irish model of tatty rags to reasonable riches, while here at home you could happily fill a talkshow with multinational-bashing.

Like all national conversations, there’s a bit of truth in all these positions, but – and this is a big but – policy is never black and white. Economic policy is ambiguous, operating in the grey. It regularly throws up uncomfortable dilemmas, particularly for those who prefer to take the side of the angels.

Today, western countries are mired in what the former US treasury secretary Larry Summers calls “secular stagnation”. This term describes an economic recovery that is extremely weak, because demand is not strong enough. It creates the conditions for populism all over the West because people feel threatened and they vote for those who promise to protect them.

Ireland has avoided this, which I believe is down to the much stronger performance of our economy. Multinationals boost internal demand with wages and employment. This difference in performance between us and the rest is driven by multinational investment, multinational jobs, multinational tax revenue and the dramatic upskilling of the Irish workforce associated with multinational corporations here.

In addition, people from the multinationals are heading out on their own, armed with the knowledge, contacts and experience garnered from working in a big corporation.

Many years ago, Ireland decided to transcend the limitation of geography, free itself of the tyranny of our own small market, break our dependency on Britain and play in the global world. We have done this with a decent degree of success. It is also our future.

Small countries trade or die – simple. Multinationals have allowed us to trade and have employed hundreds of thousands of us in the process.

In 1978, Deng Xiaoping, ushering in the opening of China, stated: “I don’t care whether the cat is black or white as long as it catches mice.” He meant that his job was to improve the lives of Chinese people and he didn’t care whether it was communism or capitalism that achieved this, so long as it did its job.

Maybe we might take this advice in the context of the multinationals. It is easy to criticise, from the certainty of the moral left and the righteous right, but we must be careful what we wish for, because plenty of countries would trade places with us right now and deal with their ambiguities. We live in a complicated, compromised world. All cats are grey in the dark. And we all live in the half-light.