Why Irish apartment rents are like the Cuban car market 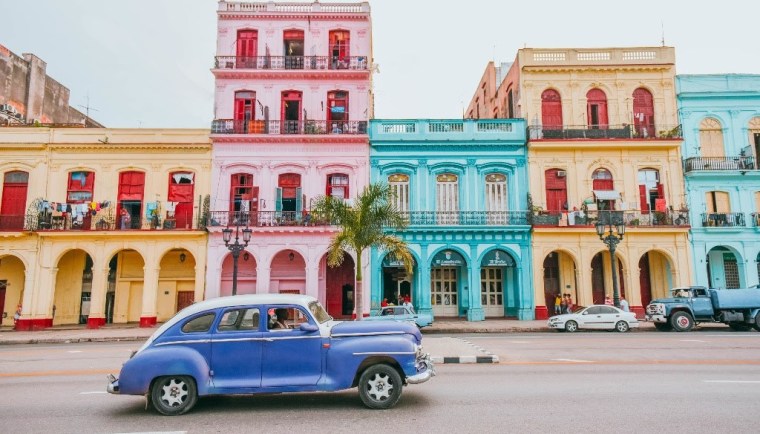 Two years ago, my son spent half his transition year in the Vedado area of Havana, a few miles west of Havana’s extraordinary old city. Havana is a vibrant city. There might not be a more exciting place to learn Spanish – and the competition is stiff. The Spanish-speaking world hosts some of the most pulsating cities on Earth.

He stayed with a Cuban family, immersed in the fascinating psychodrama that is everyday life on that island.

When I went to visit, I was delighted to encounter himself and his mate haggling with the local cab drivers over fares, gesticulating wildly, half theatre/half commerce, in an accent that the locals told me was pure Havana.

Whatever about the value of Spanish in the years ahead, the value of knowing how to haggle is a life lesson that all teenagers should learn. In a world of artificial intelligence, where the job for life is a thing of the past, living on your wits and hustling could well be the most important attributes any of us possess.

He told his innocent auld dad that there is an intricate hierarchy of taxis, vans and buses that you can grab in Havana. At the very top are the tourist taxis, the gleaming 1940s and 1950s Chevrolets which charge an arm and a leg, followed by the battered Ladas, imported from the Soviet Union in the 1970s and 1980s. Next are the local drivers who pick up people, usually four or five at a go, in any vehicle that moves, including battered minivans and buses “donated” from Germany.

This is how the population gets about, and understanding the peso price of each journey is an essential part of living in the city.

The lads were negotiating with what’s called a “makana”, a cross between a taxi and a bus that the locals hail on the street, usually with a few others. These cars go the same route every day and cost normally about 15 cent. The lads were wrangling, as they weren’t taking the “gringo” price which is obviously far higher, a few dollars typically.

When I first visited Cuba in 1996, during the emergency years after the collapse of the Soviet Union, there was no fuel and very little transport. The buses were called “elephants” because they were huge customised trailers that were soldered on to tractors or any engine that could pull as many people as possible around the city.

Travelling around the country was extremely tricky. It’s all changed; so too have the cars.

Today, the streets are still full of ancient American Oldsmobiles, Buicks and Fords, but there are also newer cars, such as 1980s and 1990s bangers from Europe, battered Fiats, Peugeots and VWs.

In 2014, the ban on imported Western cars, which had been in place since 1959, was lifted by the government. Over time, old 1990s crocks from Europe and Asia, destined for scrap and which might retail at a couple of grand here, were sold on to Cuba.

You would expect the price of these bangers to be similar in a desperately poor country such as Cuba but, ridiculously, these cars retail in Cuba for more than $60,000.

Yes, you read that right. And they are all sold by the Communist state at a massive mark-up. Profiteering, Lenin used to call it.

The reason these cars are selling for so much in Cuba is basic economics. When you restrict supply and there is huge demand, even old bangers become ridiculously expensive. If supply were increased, prices would fall, but that’s not in the government’s interest. So the Cubans get screwed.

When you restrict supply, the rent even for old, down-at-heel apartments goes through the roof, pricing out people at the cheaper end of the market, leading to panic and, in extreme cases, homeless families.

The best way to see what is happening here is to consider the gap between the rents of apartments at the bottom of the market and those at the top. In a properly functioning market, the gap should be significant, allowing those who have the cash to spend to pay top dollar, while those at the other end can still afford a place to live.

Developments in Ireland are going the opposite way.

In Dublin, rents on average for the most expensive apartments are only 1.8 times higher than those of the cheapest apartments. Such a gap compares with nearly four times in Paris and about three times in London, Milan, New York or Amsterdam.

Like in Cuba, where bangers cost a fortune, in Dublin apartments that should be cheap relative to the swankier end of the market are ridiculously expensive. Rent inflation at the bottom is due to severe supply restrictions.

Better-paid employees, who normally would be looking for something fancy, are settling for apartments that are old, sub-standard and not worth anywhere near the rents they are commanding. Again, like clapped-out cars in Havana.

In the same way as Cuba banned foreign imports, creating a massive mismatch between supply and demand, Ireland has never really built many apartments at all. Historically, we have built precious few apartments over the past century.

Because apartments are much more expensive to build than greenfield houses, Ireland has traditionally built out not up. Therefore, the stock of apartments is paltry, driving up prices at the bottom (which aren’t capped by income constraints) much faster than rents at the top (which are capped by incomes).

Put simply: richer people are living in flats that were designed for poorer people, leaving poor people with nowhere to go.

The State needs to sort this out, not least because the economy of a country will fail if that country can’t house its people at a reasonable cost. It will wither as people and capital move elsewhere.

The local cost base is driving us out of whack, and this is partly due to the cost of land. Land, as I have pointed out before, is a resource that can either be used or hoarded. We need to use it intensively; this means penalising hoarding and accelerating and increasing SDZs (special development zones) that make the process of building quicker and easier for builders.

We must tax idle land that isn’t being developed and encourage builders to build, as fast as possible.

Both are supply-side measures and both are extremely urgent because supply is the problem. If we build more apartments for rent, rents for used and old apartments will fall, re-establishing the appropriate gap between cheaper and more expensive tranches of the rental market.

Otherwise, the Irish apartment market will continue to resemble the Cuban car market and – rather than staying here haggling and hustling – our young will leave.

And who could blame them?