Why an Irish mortgage costs €80k more than a German one 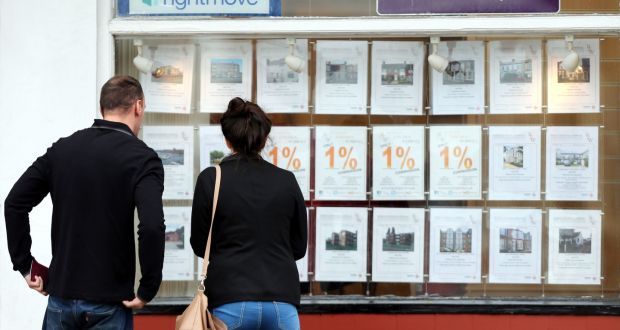 The macroeconomy operates with two arms: the fiscal arm and the monetary arm. It can been seen as a boxer, with a left jab and a right hook.

Fighters go into the ring with a chance of beating their opponent, but if they have one arm tied behind their back against a two-fisted adversary, their chances fall to zero. Same with an economy. If either monetary or fiscal policy is not working, the ability of the economy to stay in the game is drastically diminished.

Monetary policy in Ireland is not working, which means that fiscal policy – the government tax and spend arm – is overburdened. The fiscal arm must work harder, which means more State involvement in the housing market, higher deficits and higher debts. If the Government has a problem with that conclusion, they should sort out the monetary arm, and quickly.

The main instrument of monetary policy is the interest rate. Every euro zone country has its interest rate set by the European Central Bank (ECB), which implies that the interest rate the ECB sets for the banking system should (and in a crisis, must) be passed on to the customer.

Today, the official ECB’s deposit rate is -0.5 per cent, meaning that banks are paying for the pleasure of depositing money at the Central Bank. The refinancing rate offered by the ECB is zero, meaning that borrowing money is free on existing loans.

Therefore, if you had an outstanding loan of €1,000,000 at a rate of 4 per cent, for example, the ECB is saying that that loan should and must be refinanced at zero per cent.

Meanwhile, as regards new borrowing, the ECB’s marginal lending facility is being charged at 0.25 per cent. Again, what this means is that a new loan, for example for a business that wants to expand in the pandemic, should be charged 0.25 per cent.

According to latest figures, over the course of 30 years, an Irish mortgage holder paying a mortgage of €300,000 will pay €80,000 more than their German counterpart. We share the same currency and face the same interest rates, yet the German citizen is charged a rate of interest of 1.35 per cent while the best Irish rate is 2.85 per cent, with many still paying above that. Over 30 years the differential is approximately €80,000.

For small businesses, the differential between the official lending rate and the actual rate offered by the banks is significantly wider. Bank of Ireland is offering secured business loans at a rate of 5.46 per cent. The equivalent in the rest of the euro zone is 2.4 per cent.

These rates are a huge cost to Irish small business. SMEs employ half the workforce. When our banks can source ECB refinancing at zero per cent, why are they charging 5.46 per cent for money that is collateralised? There may be an argument on unsecured loans for such high rates, but secured? Come on!

Our banking system is not passing on low interest rates. Rates above 5 per cent are boom-time rates in a period when domestic demand is on the floor, unemployment is still in double digits and hundreds of thousands are dependent on State support.

All it would take to change this lamentable situation would be for one of the major banks to offer new loans at the ECB rate. This could be done by introducing an entirely new loan variety, and borrowing directly from the ECB under the new guidelines.

This week, the State proved it can shut down the hospitality sector, risking hundreds of thousands of jobs. If it can do that, surely it can have a chat with the manager of a bank that it owns?

Bigger government will be needed in another dysfunctional part of the economy: the housing market. More data this week showed that Irish rents have risen at the third-highest rate in Europe since 2010. Rents went up 62.3 per cent in a decade, while incomes rose by one third of that, which means that landlords and property owners are being rewarded and employees are being punished.

As with banking, in the housing sphere, Irish citizens are being crushed financially.

If the private sector can’t fix the housing problem quickly enough, the State must intervene. Given that the State can borrow at zero per cent from the ECB – because it doesn’t have to go through the banks – the time is now. Obviously, the State won’t build the houses/apartments – the private sector builders will do that – but the State will commission them, provide the land and get the ball rolling.

The State is the country’s biggest landowner. It must release this land for building now and mark the balance sheet to zero. According to the Housing Land Map, there were over 700 local authority and Housing Agency-owned sites (approximately 1,700 hectares) and 30 sites in major urban centres (approximately 200 hectares) owned by State or semi-State bodies.

Cathal Brugha Barracks in Rathmines is perfect for development. It constitutes 42 acres of residential land. Renmore Barracks in Galway and Collins Barracks in Cork are also ideal for building.

The Defence Forces alone maintain some 20,000 acres in total across the state for training purposes – surely less valuable land can be made available in a swap with the Army?

In both areas of banking and building, the private sector appears to be either unwilling or unable to deliver solutions with the urgency required by the pandemic.

Having commanded parts of the economy to stand down, the Government must now stand up. In budget week, what better way to show that you are in command than making land available for development and financing available for building, to solve the gravest problem facing us – which is accommodation for our burgeoning young population?