Where is the slowdown experts warned us about? 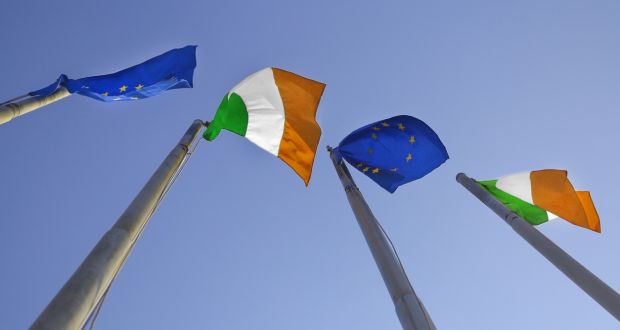 When examining what is going on in any economy it is essential to have a framework to understand how the economy works and where it sits in the global scheme.

One of the reasons I was so agitated by the credit/housing boom of the 2000-2008 period is that in any framework the economy was bound for meltdown. You could go so far as to say that that economy was set up to fail. Yet all the official economic forecasting institutes missed it, preaching the soft landing mantra.

Today, those same institutes have been underestimating the strength of the economy year in year out since 2015. Indeed, official economic organisations have been at one in warning that there would be a Brexit-inspired slump by now, arguing that uncertainty would ebb away at confidence, leading to a slowdown. But the opposite has happened.

Not only has there been no slowdown, the economy continues to grow robustly, without new debt, with lower unemployment and, on every measure used by the Central Statistics Office, national income has been rising dramatically.

Clearly no one knows what’s coming around the corner, but why were official economic forecasters wrong in the boom/bust period and wrong again now? Perhaps a reason for the inaccuracy is a failure to appreciate what type of economy they are dealing with.

Maybe at the core of this is the fact that the model most economists use to understand the economy is flawed. Most economic models believe that there is something called “equilibrium”.

This is regarded as a natural state of the economy. This is when it is inert, stable, “at rest”. You hear this all the time when economists talk about “equilibrium prices” or “when supply and demand are at equilibrium”.

Traditional economics believes the economy “rests” at an equilibrium position and then is shocked by something like technology or a growing labour force or an increase in output per head, factors that pushed it into another inert equilibrium, be it a recession or an upswing. Believing in this is a bit like believing in Santa Claus: it demands that you suspend your disbelief.

It is much more plausible to think of our economy as something that evolves through the great adventure of trial and error, driven by basic ideas of credit and debt, human ingenuity and inquiry, and the magic of making something out of nothing, and selling it at a profit. Evolution tells us that repetition is the ultimate sign of evolutionary success. If it is repeating, it’s working.

Before we look forward, it is useful to look back to see where our Irish economy fits within the global pattern. In the Middle Ages, a league of free trading city states controlled much of the trade of northeastern Europe. This alliance of merchant outposts was known as the Hanseatic League, and it knitted together cities from Riga in the Baltics, to Amsterdam in the Netherlands and Bruges on the Belgian North Sea coast.

Over centuries, these cities, run by a new merchant class, became nodes not just for economic activity, but for the arts, philosophy and ultimately fertile ground for religions and social insurrections. The merchant class was much less likely to take orders from the church and the nobility, who had run feudal Europe for much of the early Middle Ages.

Economically, the key to these city states was they learned that commerce and trade, not production alone, make you rich. The first nation to “get” this were the Dutch, who used their capital as the fulcrum for a trading empire that spanned the globe.

These centuries, the 12th to the 14th, became the first real period of globalisation as Europe emerged slowly from the Dark Ages, embraced the Middle Ages and began to set the foundations for the Renaissance.

Ireland is now positioned like a Hanseatic city state, trading in a globalised world, where paper profits are as legitimate as others. In fact, profits are always paper because they are expressed in money, which itself is a mere a trick of the imagination. It exists only because we pretend it does and because we give it permission to play a trick on us, a trick called value.

So whether we trade cars, ads for social media companies or tax-driven, Viagra-style enhancers doesn’t really matter, as long as we are the hub where these goods are traded and incomes, wages and taxes flow to us.

Economic growth over the past 12 months is captured by the two headline gauges of the Irish economy: the Gross Domestic Product measure and the modified Gross National Income measure, which strips out the effects of multinational manoeuvrings. This is expanding somewhere in the 4-5 per cent range in real terms.

The total tax take for the first 10 months of the year was just under €45 billion. Income tax has yielded €17.6 billion – €1.3 billion more than the same period last year. VAT revenue is also up from last year, at €12.5 billion. Almost €5 billion has been collected in excise duties.

This is what you would expect from an economy motoring along. Corporation tax receipts hit a record of €6.9 billion for the year to October. Corporation tax receipts have more than doubled since 2014 and nearly 50 per cent of the total comes from just 10 firms – again, what you would expect for an economy that has chosen to be a multinational trading entrepot.

Housing remains the big failure but as this column has argued over and over, that is a priority or choice the government and electorate choose to make between the interests of landowners and the interests of workers. It has very little to do with economics and everything to do with political choices.

In 2020, if people want to see lower rents and more homes built, they should vote for the parties they believe will make those choices for them and leave the economy itself to continue on its great evolutionary arc.