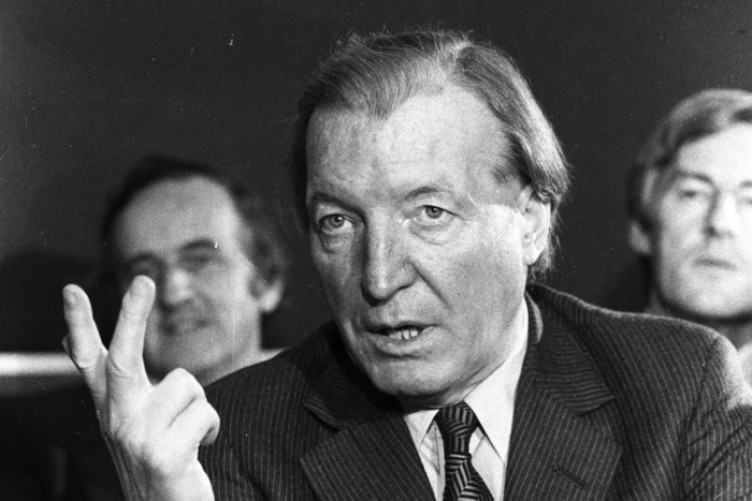 Unfortunately there is a tendency to catastrophise when we are in an emergency, but now is no time for indulging fear – it is time for thinking clearly.

It’s easy to muddy the waters by lurching for clichés. The most ridiculous cliché doing the rounds now is that Ireland is marching back to the 1980s and a recession similar to the one that affected the country then. This is not the case.

Ireland of the 1980s and Ireland of the 2020s are utterly different. We are talking Mars and Venus here, not just in terms of income, but in the structure of the economy, the education and wealth level of the people, the capital base, technological expertise, the skillset of the workforce, the savings rate of the middle class, the vibrancy and the mix among various sectors, entrepreneurial appetite, the skilled immigrant population, the social outlook of the electorate and, moreover, the underlying strength of the country and its institutions, not to mention the deep social cohesion and social capital that exists in Ireland.

Could these strengths evaporate, leaving us exposed? That is unlikely. It is more likely that these very strengths will be the launchpad for the recovery.

The 1980s is the economic bogeyman for a generation of analysts whose world view was framed by the Irish 1980s economic catastrophe and particularly fiscal incontinence.

They are still obsessed with government deficits, which might be a charitable explanation as to why they all missed the biggest credit/housing, boom/bust meltdown in European economic history happening under their noses.

Therefore, savings rates have gone through the roof. This is pent-up demand, which will be spent fulsomely when this pandemic lifts. The current government deficit is the consequence of “pandession”, not the cause.

Before we deal with a future of cascading demand let’s tease out a bit more the incongruity of the 1980s comparison.

The 1980s was a very different economy. We will not return to it. In the 1980s Ireland was a backward country, economically and socially. We were experiencing high levels of inflation, with an independent currency that was fixed to the deutsche mark. Interest rates were at 15 per cent and above.

The country was also running a perennial current account deficit, driven partly by the huge fiscal deficit. The financial markets, on whom we depended to cover this current account deficit, never believed that such a fragile country could withstand shocks to the system. Therefore, the markets charged a risk premium to hold Irish government debt. The effect of this could be seen in constant downward pressure on the currency and upwards pressure on interest rates.

In addition, there was the not insignificant factor of a guerrilla war on the island, which obviously did not reassure investors who ran the real risk of having their executives kidnapped.

And of course this was all before globalisation revolutionised our capital base, and tied us into the world as a trading island. At the time we were over-dependent on the UK, meaning that movements in sterling had an exaggerated impact on the credibility of our exchange rate commitment.

All these contradictions between our stated commitments – such as purporting to follow Germany but in reality trading with the UK, or claiming to be a hard currency but running Argentine-style budget deficit levels, or trying to grow when the economy was blighted by double-digit interest rates – undermined credibility.

All the while the tax base shrank, and more and more tax had to be raised by a smaller and smaller tax base. This implied extremely high marginal rates of taxation.

The miracle is not that the currency fell against the deutsche mark by 31 per cent over the course of the 1980s, but that it didn’t fall more.

The consequences of this were high levels of unemployment, which peaked at 17 per cent in 1986, but rarely dipped under 15 per cent.

Another consequence was emigration. Gross emigration in the 1980s was approximately 450,000. It seems like almost everyone in our housing estate left Ireland at some point in the 1980s. Contrast that with aggregate net inward migration for Ireland of 109,600 from 2015-2019.

Rampant inflation was a hallmark of the early 1980s in Ireland, hitting a peak of 20.4 per cent in 1981. In contrast, the annual rate of inflation stood at 0.9 per cent in 2019. Economic growth of a much poorer country was running way below anything seen in recent years.

Our budget deficits were out of whack with our neighbours in the 1980s; today most of the world is borrowing. We now have a massive current account surplus. We no longer have our own currency (and if we did it would be strong).

We can avail of the supply of savings of the entire euro zone at interest rates that are not like the 15 per cent that prevailed in the 1980s but at 0 per cent. In contrast with the capital flight of the 1980s, the ECB this week again declared that as much money as necessary is available to the country. This liquidity comes on top of the currency account surplus, meaning there’s ample capital here.

The comparisons with the 1980s don’t stand up to any analysis. They are lazy and inaccurate, and are terrifying people when there is no need for any more fear. A large budget deficit is precisely the right policy for now. It is not a sign of weakness but a sign of strength.

We need to do more. The State should also shore up the balance sheets of small companies to prevent unnecessary bankruptcy. To this end it should issue a perpetual bond and use the money raised to drop money into the accounts of SMEs that are exposed, and in hospitality and tourism in particular. Saving SMEs needs to be at the heart and soul of policy.

We are faced with a needless credit crunch. You fix a credit crunch with money. The cost of this will be much less than the cost of mass bankruptcies caused by the credit crunch, brought about not by bad business but by our aim to protect the State’s ICUs from Covid.

The ghost of the 1980s needs to be slain to allow us to face the 2020s with confidence. For those still warning about the 1980s, in the face of overwhelming evidence, let me use an expression common around our estate back then: “Snap out of it!”