We need to reinvent our empty city car parks 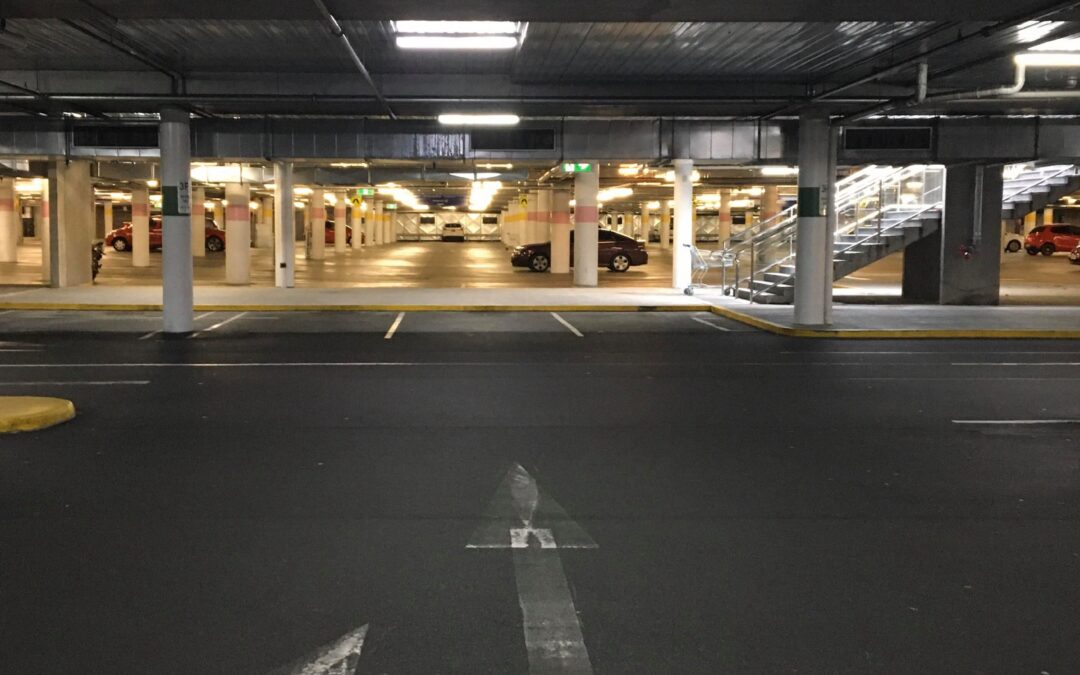 Some of the most beautiful and evocative buildings in rural Ireland are stone, narrow steepled Church of Ireland churches. Many are now forlorn, ivy-clad and abandoned.

Some have been deconsecrated and transformed into homes, work spaces, shops or cultural centres. Others struggle on as places of worship for dwindling, elderly populations with rectors driving from service to service on a Sunday, keeping lights on and isolated communities together.

They are special buildings (I was married in one: the tiny Church of Ireland outpost of St Mary’s in Roundstone, Connemara). Many were built during the Church of Ireland’s drive to expand in the last decades of the 19th century – in expectation of a congregation that never showed up. Ultimately, these churches are testament to an idea that ended up on the wrong side of history.

They sprang up wherever green fields gave way to new estates, places regularly left without transport or health infrastructure, but rarely without a new imposing Catholic church.

Today, like their Protestant predecessors, these are empty shells, yet again testament to an idea that was on the wrong side of history. The people stopped coming. In time, these too will be converted into workplaces, cultural venues, lecture halls – or simply knocked down.

Architecture is often the last evidence of a great idea whose time has passed. One other idea whose time has passed is the car in cities. Whatever the future of urban transport, and there are many options, one thing is certain: it won’t be the car. As a result, multi-storey car parks will be to the mid-21st century what Catholic basilicas are to today, or those desolate Protestant churches were to the early 20th century.

The city car park is fast becoming a thing of the past. All going well, these edifices will be converted into something much more interesting in years to come. Indeed, a bit of advice for multi-storey car park owners would be to sell now while there is still value in these ugly structures, because, without cars, the value of the assets will plummet.

The economics of this is all pretty straightforward, and trends are pointing one way. Like almost everything in Ireland, the multi-storey car park explosion was facilitated by a tax break. Tax incentives in the 1990s heavily influenced the growth in the development of multi-storey carparks over the following decades.

Here’s a quote from the Irish Parking Association (and yes, there is such a thing!): “In 1995, tax incentives were introduced for multi-storey car parks on a nationwide basis as part of the Finance Act (section 344 of the Taxes Consolidation Act, 1997) and which comprised capital allowances of 50 per cent with respect to the construction of such facilities.”

The result of this huge tax break, which cut the cost of development almost in half, was an explosion of car parks in our cities, cars saturating the city and more and more urban space being given over to soulless infrastructure.

Here are a few figures. There are close to 400,000 car-parking spaces in Ireland, the vast majority in our urban centres. Figures are difficult to ascertain precisely but in Galway city there are at least eight major multi-storey car parks in prime city centre sites. In Cork city there are 10. (The one on North Main Street might get the prize for ugliest urban structure in Ireland.) Dublin city centre has at least 20 significant multi-storey car parks.

Such sites are ideal for redevelopment.

All over the world, multi-storey car parks are being redesigned into living urban spaces: retail outlets, artisan workshops, bars, cafes and even clubs. Repurposing of the car park is a significant urban growth area.

The number of productive uses for these empty multi-storey buildings in a post-car future is fascinating. When you imagine the city without the car, or with a significantly diminished presence of the car, all sorts of opportunities spring to mind.

For example, Make Shift is a UK-based organisation that has converted a former Brixton car park into a retail hub for small and local businesses. What was once a dead zone has become a living, breathing network of people. In 2018, the same company repurposed seven storeys of a Peckham car park into a cultural space for artists and entrepreneurs.

What about urban farming, which sounds odd until you imagine building supply chains within the city itself. In France, a company called La Caverne in Paris, has created a 3,500sq m (37,675sq ft) urban farm in an abandoned car park below a residential building.

Underground car parks present a prime opportunity for micro-depots and last-mile logistics. Imagine streets without delivery vans clogging them up all day? Shops, pubs and restaurants need to be supplied, and empty underground car parks provide a solution. They could be depots where supplies are dropped overnight and a range of cargo bikes could deliver the supplies to the last mile in a car-free residential city centre.

Again Paris has shown the lead here. Likewise the KoMoDo project in Berlin facilitates parcel operators to create a hub from which cargo bikes can take over the delivery process from larger vehicles, freeing up the road space, reducing congestion and pollution.

In Lisbon and Miami, top floors of car parks have been converted into beautiful roof-top bars and restaurants with spectacular views over the city. Imagine that in Dublin.

From Lisbon to Miami, London to Berlin, car parks are being decommissioned and being put to better use. In tandem with a realisation that the car will not be a significant part of our urban future, is an appreciation that the living city requires living zones of activity for start-ups, retail, culture or apartments.

Car parks are ideal micro-projects for reimagining the broader city. Like the isolated and redundant churches of our recent past, the multi-storey car park is a creature of a different world. Its time is passing.

Why not repurpose those 1995 tax breaks to encourage new development but instead of one developer benefiting, make the incentives dependent on final use and allow the tax break to flow to small shops, artisans and other start-up workplaces.

If we tie incentives to density of activity, then in place of silent, dead spaces we can create warrens of activity, dynamic beehives of humanity, urban networks that are interdependent and fully alive.

Make the city hum. Who wouldn’t like to hear that?