This St Patrick’s Day, Ireland should do a vaccine deal with the US 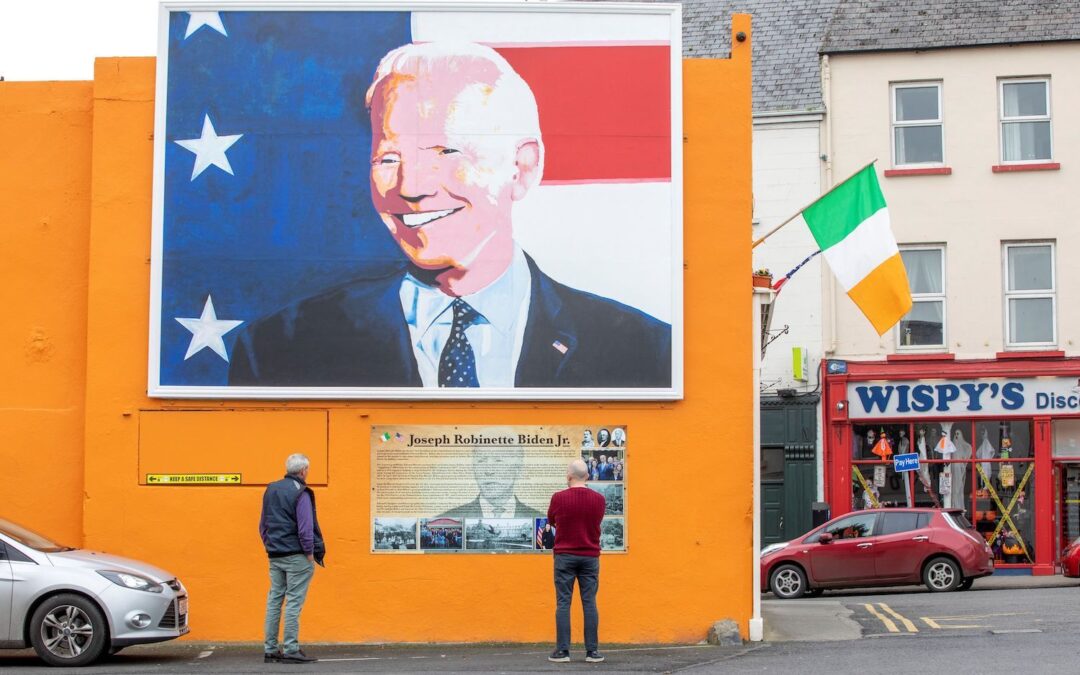 This St Patrick’s Day, the Taoiseach should ask US president Joe Biden for help. What about asking him for four million vaccines? In a sign of solidarity with its oldest ally and the homeland of more than 30 million Irish-Americans, the US could exercise its ample soft-power and help a friend in need.

Vaccines save lives, and saving citizens’ lives is the primary responsibility of any state. We can’t get our hands on enough vaccines via the EU’s centralised scheme, but we have the option to look elsewhere.

Other EU countries, putting the welfare of their citizens first, have moved to secure alternative sources. This week, Denmark and Austria entered a “vaccine alliance” with Israel, undertaking to buy vaccines from there. Poland is in talks with the Chinese government to acquire the Sino vaccine. Hungary and Slovenia are already administering the Sputnik vaccine made in Russia.

These EU countries have exercised their rights to protect their people and thus open their economies more quickly.

Given Ireland’s special relationship with the US, we should approach the Americans on the symbolic day when we celebrate our shared heritage, to buy vaccines. The Government maintains the HSE has excellent supply-chain and distribution acumen, and that our slow inoculation rates are due to the EU’s inadequate procurement process – so let’s solve the problem by looking elsewhere, as the Danes and others have.

The US vaccine rollout is truly remarkable from both a manufacturing and distribution standpoint, underscoring the old observation that while the US tends to start slowly, once it gets going, it is an unstoppable force, drawing on all its industrial, financial, innovative and institutional power.

The Japanese certainly experienced this in the second World War, and, in the first decades of the cold war, the Soviets bragged about beating the sluggish Americans – yet, by 1990, there was no competition. Even in the Great Depression, the US started slowly, but when they finally twigged what was going on, they brought the full might of the state to fix the economy.

This week, the US vaccinated more than two million people a day and announced there would be enough vaccine doses available for every American by the end of May.

Only two weeks ago, the president could promise 100 million vaccines in the 100 days at best. Since then, the American pharma industry has gone into overdrive, cranking up production at a speed that few thought possible. In addition, the US federal government is using local pharmacies, present in almost every town no matter how remote, to administer the vaccines.

Pharmacies have the supply chain to get the drugs into the shops, they have the relationships with the drug company reps, and they understand storing and distributing medicine. It’s a no-brainer.

We are far behind and, more worryingly, given the American promise to accelerate vaccines by going full throttle, seven days a week, Ireland will fall further behind in the coming months. Other European countries, none with the deep relationship we have with the US, see what is going on and have decided that it’s not good enough to wait simply because the EU ordered (possibly) the wrong vaccine from the wrong manufacturer.

Ireland is also blessed with the highest concentration of American pharmaceutical companies anywhere in the world, so we are part of its global supply chain already. No one would be reinventing the wheel here.

As one of our diplomatic strategies is to position ourselves, even more so after Brexit, as the bridge between the US and the EU, what better way to evidence that special position than to show the rest of the EU that Ireland can persuade the Americans to help us?

What other country has that much soft-power and, with one of our own in the Oval Office, what better time to test it?

Why might Official Ireland not help its own citizens by approaching the US, as the Danes approached Israel, Poland approached China, and Hungary approached Russia?

Could it be that the people making decisions to close society and shutter businesses don’t fully understand what it is like to be self-employed? When you are paid irrespective of what happens, you think less about what it is like to lose a business, a life’s work. It’s not that they don’t care, but if a person whose business was on the line was in charge, there can be little doubt that he/she would be scouring the world for vaccines.

We hear about vaccine hesitancy but why not talk about vaccine urgency? Urgency is crucial. Inoculation is a sprint, not a marathon. Every day wasted is a dead person, a business closed and extra few people on the dole. Speed is the key.

Businesspeople, particularly those in what could be termed the “craic economy” – bars, restaurants, hotels, all tourism, live events, entertainers, musicians, roadies, everyone involved in live events – are being ordered to close for months when there are vaccines out there. Their livelihoods have been destroyed, businesses eviscerated. We are talking hundreds of thousands of citizens here. The people making the decisions on the vaccine and its rollout have less “skin in the game”.

Perhaps another reason we are not copying other EU countries and legitimately seeking other sources of vaccines is that Irish officials think it would not play well in Brussels. They misdiagnose supplication for strength.

Official Ireland wants us to be seen as “good Europeans” at all times. The “best boy in the class” syndrome prevents us from acting in our evident self-interest. It is a problem of lack of self-esteem. It’s not a function of smallness, but confidence.

A small self-assured country like Denmark, knowing it is entirely within its rights to seek alternatives, breaks from the pack and puts its citizens first.  Being proactive is not the same as being confrontational, difficult or problematic. It is being sensible, sensitive and caring. We are trying to save lives and livelihoods.

When Micheál Martin meets Joe Biden over Zoom on St Patrick’s Day – all green ties and virtual shamrocks – both men could show real leadership. Joe, as magnanimous leader of the free world, and Micheál, as leader of a small free-trading country, could do a deal to buy American vaccines, inoculate both countries entirely by early summer and open the place to American tourists by the 4th of July.