The UK’s next prime minister could be its last 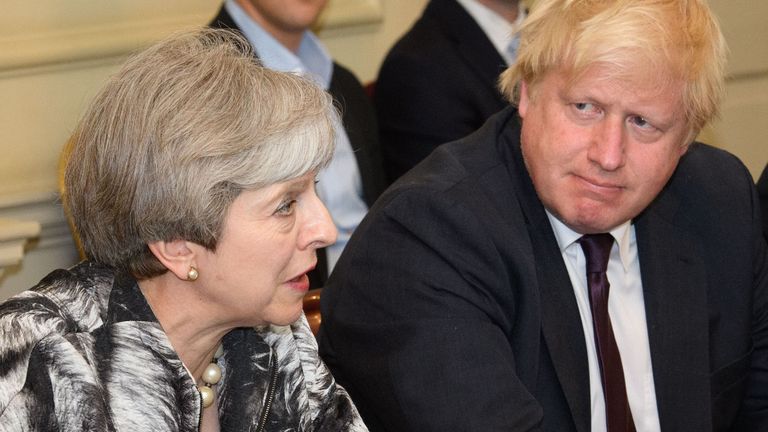 Great political parties can and do disappear. It is a fact of history. The Irish Home Rule Party disappeared in 1918. Around the same time the Liberal Party, the party of Gladstone, began to atrophy, and was ultimately eclipsed by the Labour Party.

In both cases, great events – the 1916 Rising and the first World War – changed politics forever in their respective countries. In the UK the Liberals were destroyed by the Labour Party, who reframed 20th-century politics as a battle between workers and capitalists.

These big events change the rules, and it looks like Brexit is one such event for the current crop of British parties.

And, on the other side of the house, as Jeremy Corbyn drags the Labour Party further to the left, is the Labour Party a similarly endangered species? Such a reconfiguration might see a revival of the Liberals (or some form of Liberals) in the centre ground after almost a century of playing third fiddle.

With respect to the British centre, we tend to forget that Tony Blair won three consecutive elections, with big majorities of more than 100 seats, from the centre or centre left.

Indeed, Margaret Thatcher’s catch-all Tories of the late 1980s was similarly all-encompassing. Just as Ronald Reagan converted millions of Democrats to Republicans in a phenomenon called the “Reagan Democrats”, Thatcher succeeded in capturing the centre. Britain’s centre voters – Blair’s and Thatcher’s centrists – are still out there looking for a home that they can’t find in either major party right now.

In this article let’s focus on the Tories.

The Conservative Party has always been a strange mix of older patriots, younger metropolitan professionals and large swathes of upwardly mobile middle England. Such electoral promiscuity has been a winning ticket.

Central to this electoral strategy was London and the cosmopolitan southeast, where the Tory tactic of low taxes for the rich appealed to the already rich and the wannabe rich.

In addition, the message of social liberalism, tolerance and openness to immigration is very much part of that metropolitan mix, designed to appeal to the aspirant, well-educated middle classes. This was Boris Johnson’s message when he was mayor of London.

Openness was also the message of Danny Boyle’s choreographed opening of the London Olympics – an uplifting era that seems far away now. In fact, it is no surprise that the Conservatives around David Cameron who plotted the downfall of Tony Blair and New Labour’s hegemony were known as the “Notting Hill set”, a toffish-gang of upwardly mobile, cosmopolitan metropolitans.

Post-Brexit the Conservatives have abandoned metropolitan England, allowing themselves to be remoulded in the image of Farage’s Brexit Party. This is a huge change. Without the big metropolitan centres of London, Manchester and the like, the New Brexit Tory Party is much more English in appearance.

It is a party of patriots rather than cosmopolitans, of the old rather than the young – infused, like English national football postmortem commentary, with a sense of profound grievance and spectacular over-confidence, where someone else is always to blame. This is not the England I know.

However, a Conservative Party that looks like this and seeks older, poorer, patriotic voters needs to change its policy pitch. There is no political point offering income tax cuts to the struggling middle, the poor or the retired. These voters want more social spending, better hospitals and better pensions. They want better state schools, public transport and, most critically, public housing.

Therefore, to beat the Brexit Party, the Tories have to shift to the left economically, moving to tax the elite, and to the right socially, scapegoating the foreigner.

Johnson faces a conundrum. To become the unifying Churchillian figure he so craves to be he will have to adopt the policies of Clement Attlee on the left and Enoch Powell on the right. In a post-industrial European country like England this is almost impossible.

England is a country with a population of 55 million and 417 people per sq km. It is heavily urban or suburban. The median age is 38, and one quarter of this huge population is under 18. Close to one third is under 30. In contrast, over-65s, who helped deliver Brexit, constitute only 18 per cent of England’s population.

England has a population growth of around 150,000 per year; add the 210,000 new immigrants who arrived last year, this gives it an upward population dynamic of 360,000 per year. These people need to live somewhere, and their babies will need schools, doctors and all sorts of other social services.

A Conservative party that decides to go for the older patriotic vote and the Brexit vote of Middle England will be going after a dwindling base. After Brexit, what will it have to offer? It can’t attract these people with the “Singapore of Europe” idea because the hybrid Singapore model is based on tax cuts for wealthy metropolitans (the people the Conservative Party has abandoned), coupled with a reduction in labour protection, standards and income for the patriotic working class (the people the party is supposed to be representing).

The Conservative Party is in a bind. By going after the Brexit vote, which is huge and coherent only on the issue of Brexit, it risks losing all other voters and, when Brexit is done, the Conservatives will be on the wrong side of the argument. The Labour Party is similarly cornered, this time by its own ideology.

Someone needs to compromise. In general when it comes to compromise politics is governed by the dictum that the right seeks converts, while the left seeks traitors.

This means that the right comes together under a new leader, picking the bits that are palatable while putting up with the less savoury offerings. We see this in the US when reluctant Republican patricians line up behind Trump, many holding their noses.

In contrast, when asked to compromise the left tends to look for traitors, attacking each other over the minutiae of dogma, rather than seizing the bigger opportunity.

Brexit has kicked off such a row in England that compromise might be difficult even for the traditional right. This implies an opportunity for the centre ground when the dust settles.