The State can finance everything for nothing – if it wants to 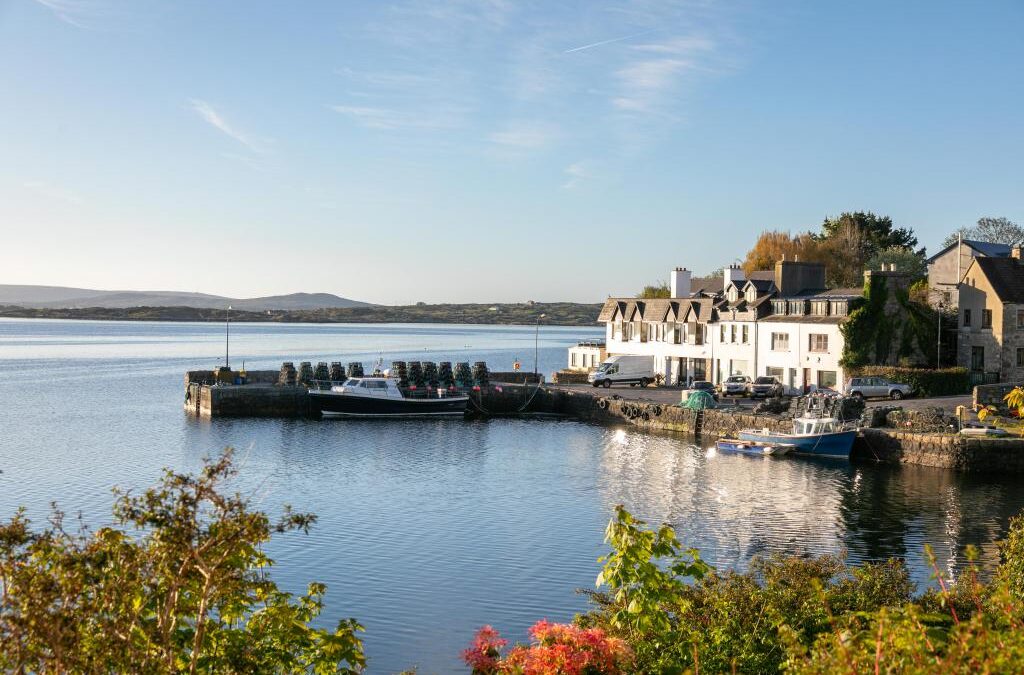 The Irish summer is hard to love. Walking towards the Twelve Bens, above Roundstone village on the bog road, beaten by torrential rain coming at you sideways, mightn’t be everyone’s idea of the perfect holiday.

In fairness, there’s something comical about paying for such a spiteful drenching. The late July temperature hits a sizzling 13 degrees, away from the wind.

The trail itself is the old road from the coast to Clifden. It winds through spectacular sodden scenery, weaving around dozens of tiny lakes with the mountain range beyond providing a natural barrier to this part of Connemara.

It’s hard to imagine but this empty place was once teeming with people. According to Tim Robinson, the late chronicler of Connemara, by the mid-19th century the natural rate of population growth here was “augmented by the Cromwellian resettlement, and refugees from Antrim in 1796 and Mayo in 1798”.

The place names bear out these massive forced population movements. The townland is known locally as Cuckla, which comes from the Irish Cuige Uladh, meaning people from Ulster. These refugees, dispossessed in the Ulster Plantations, ended up settling in this remote part of the country where history whispers.

The concentration of land owned by landlords even as late as 1903 is extraordinary. There were only 903 landowners in Galway, owning almost 1.5 million acres. There were a number of significant landlords. Thom’s Irish Almanac 1903 reveals that Sir Arthur Guinness owned 20,000 acres in north Connemara with a castle, while Henry Hodgson owned 18,000 acres on the western shores of Lough Corrib. Between them, 20 families controlled more than half a million acres of land in the county, a little more than one-third of the total acreage.

The land where I was walking today was owned by Richard Berridge, a landlord who lived in Ballynahinch Castle, along with 160,000 acres of land. In contrast, the local peasants owned nothing. The average income of 8,000 tenant families was just over £5 a year.

Yet it was clear to the British government that solving the Irish land issue – meaning transferring the land to the local people from the gentry – would be necessary to form the basis of any Home Rule settlement.

But how could they achieve this when (a) the Irish peasants had no capital and (b) the House of Lords would veto any settlement that would not protect the financial interests of their friends and cousins, the Irish landed gentry?

Remember, there was no banking system available to peasants who had neither credit ratings nor real predictable bankable income. Money lending at the time was largely carried out by local grocers or publicans, who extended credit, charged interest and called in small loans from time to time.

As a result, their interests and that of the landlords regularly aligned, explaining why the much despised “gombeen man” came largely from the grocer-publican class. Incidentally, the grocer-moneylender went bust far more frequently than other classes because they shouldered credit risk and tended to be defaulted on in the event of a poor harvest.

The political clock was ticking. Home Rule was coming. Home Rule meant land reform. Ultimately, a solution to the Irish land problem had to be found. Some way to finance this social revolution needed to be imagined, which is where the bond market comes in. Although you don’t read much about it in school history books, without the bond market there would have been no land transfer in Ireland. The bond market, borrowing for a very long time, financing land purchases and transferring the risk on to investors, played a critical role.

It was essential then and it is essential today. Before we talk about what we could finance in Ireland now using the European Central Bank-backed bond market, let’s consider what was financed in the late 19th, early 20th century using the London-backed British government bond market and how it changed rural Ireland irredeemably.

From about 1870 onwards, British land policy in Ireland shifted. The British state gave mortgages to the peasants by raising government-guaranteed land bonds. The state issued these bonds as compensation to the landlords. The landlords could either redeem these bonds by selling them to investors or they could hang on to them whereby they would be paid a rate in interest every year. These bonds were tradeable in financial markets under the umbrella of a British government bond.

From 1870 to 1909, the state increased the share of the mortgage it was willing to lend from 66 per cent to 100 per cent. Initially, under various Land Acts, the state gradually lent more and more to the farmers. By 1885, loans worth 100 per cent of the purchase price of holdings became the norm. This led to a dramatic transfer of land from the rich to the poor, mediated by the bond market.

The bonds were issued for 68 years. The farmers repaid their loans at rates of interest ranging from 2.5 per cent to 4 per cent per year in regular annuities, comprising interest and small principal repayments. These annuities were pooled into a sinking fund that in turn financed the biannual dividends to the existing landlords.

The bond market was the key that unlocked the transfer of much of Irish land from landlords to farmers in a deal that suited everyone: landlords left Ireland and the Irish got their land back.

What about Irish farmers?

It all worked because the bond market delays the day of reckoning. Using bonds, we can solve financing dilemmas by kicking out the payment dates and allowing large capital projects to be financed immediately, while staggering the payment from year to year over many years. It solved the Irish land problem, which was the biggest issue in Irish politics from 1870 to 1920.

In effect, the Irish farmers piggybacked on the credibility of the British state in the international markets; had they tried to raise money on their own, interest rates would have been exorbitant. This way reduced the rate of interest, while the landlords got paid in bonds they could sell on, transferring risk on to international investors.

Meanwhile, the political movements of the time achieved some social reform, reversing to an extent some of the wrongs of the Cromwellian land-grab in Ireland. This was made possible by the magic of bonds. Bonds refinanced pre-revolutionary Ireland, turning land into liquidity, debts into assets and tenant farmers into owners.

Ultimately, the most successful class in Ireland from 1950 to mid 1990 would be the sons and daughters of small farmers from Co Galway. This was the fascinating conclusion of a granular academic study (by Damian Hannan and Patrick Commins) assessing who did best out of free education in Ireland. The bond market didn’t just facilitate transferring land, it facilitated the transfer of opportunity, which became evident generations later.

Now consider today, when the Irish State can raise billions of euro in the bond market. We should never be afraid of big projects, be it the Green New Deal or building thousands of social houses. Using the bond market – in the way it was used in the late 19th century – the State can finance everything for nothing.

Whatever the obstacles to social change in Ireland of the 21st century, money is not one of them.