The rules of the property game have changed 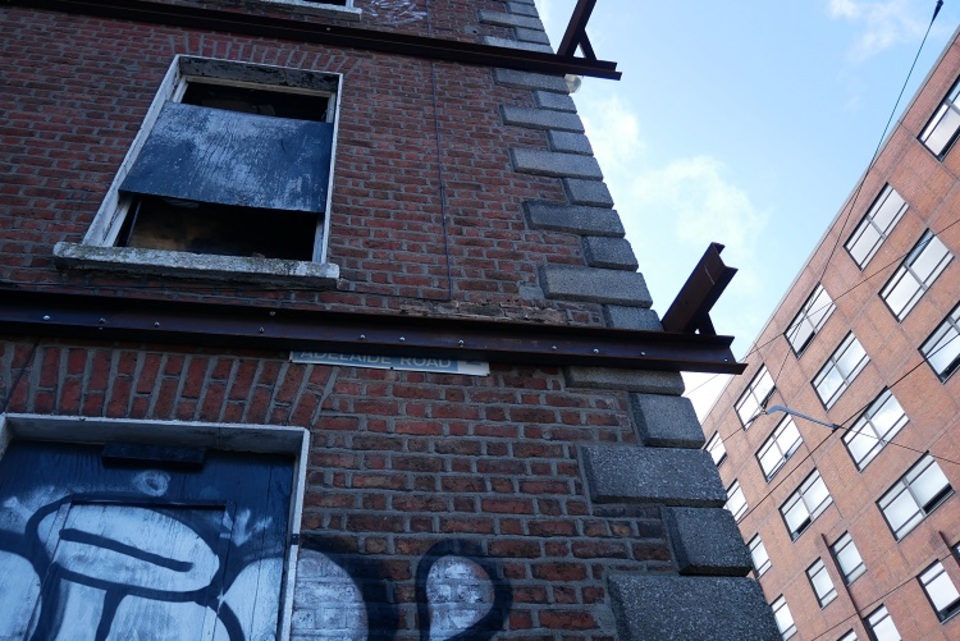 In the mid-1990s a foreign friend, visiting Dublin for the first time, lamented how malicious the British must have been to bomb the city’s quays, great squares and wide streets before they left.

Looking at the dereliction, beautiful buildings without roofs, gutted internally, their facades crumbling, this visitor concluded that some vindictive scorched-earth policy had resulted in such destitution, and that the poor post-independence Irish simply never had the money to refurbish.

When I told her that the British had not carpet-bombed the city and that we, the Irish, had allowed our capital to crumble, she found such architectural wantonness, such a hatred for the urban heritage, impossible to fathom.

Hatred is a strong word but it is apt in this context. Only people who hate the city, who harbour some loathing for its inner-city residents, can preside over such dilapidation. There is a thesis to be written on whether the city managers and engineers who bulldozed much of our urban environment held some grudge against Dublin.

Overseeing destruction when you are supposed to be protecting is a form of abuse, which can in part be explained by economics, but is much more likely to stem from a deep psychological, emotional or social disposition towards the city.

Things have changed since the mid 1990s. Our cities have seen billions of euro in new investment, yet urban neglect is everywhere.

Dereliction is vandalism for the property-owning classes. It is a blight not only on Irish cities but also on all our large provincial towns, with their sturdy Victorian marketplaces, characterised by boarded-up, falling down, decrepit buildings, where once stood beautiful proud homes, offices and municipal buildings.

Today these are eyesores. They send out a signal of decay and reveal an enormously wasteful attitude to capital.

Walk around Dublin, Cork, Limerick or Waterford, cities with some impressive Georgian and Victorian terraces, streets and unique walkways. These are largely three- and four-storey edifices. Sometimes the ground floor, street-level units are cared for, but look up and you will often see wholesale dereliction. We should not tolerate this. It’s time for change.

Due to the pandemic, city offices are empty. City commercial rents – and maybe residential rents too – will plummet. News this week from San Francisco reveals that residential rents are down 31 per cent year on year. This is wonderful news and shows how a market reacts to Zoom. People will not go back to the office full-time in large numbers.

There may be part-time, two-day-a-week demand, but the senseless five-days-a-week commute, something that has defined our work life since the 1950s, is over.

Offices in our cities will be turned into residential units. It will take time and could end up costing the owners of commercial property hugely, but that’s what disruption does. It disrupts.

The only thing the commercial property lobby can do now to stop this inevitability is to sabotage the rollout of the national broadband plan. Once that is finished, the work-life-location circle will be complete.

In a service-based economy, unlike a manufacturing-based economy, location is optional. The ability to work from home, with remote offices, virtual meeting rooms and the like, not only will turn the cities into residential centres but will turn the regional towns, and broader rural Ireland, commercial.

Therefore, we need to re-imagine the cities but also re-conceive provincial towns, places such as Birr, Thurles, Enniskillen, Castlebar, Fermoy, Wexford, Letterkenny, Carrick on Suir . . . the list goes on. You can probably identify your own favourite blighted Main Street.

Central to this new urbanism is tackling dereliction. And here comes the economics.

Up to now, the reason people gave for dereliction was poverty. The narrative was that there was not enough money – insufficient capital – to refurbish the property. People believed this because they didn’t think hard enough.

As a result, all the efforts to stop dereliction have been aimed at making capital cheaper through tax breaks. This has driven the cost of capital down but has made the problem worse, creating more dereliction. The cure created the disease.

As this column has always argued, economics is often counterintuitive. The reason we have allowed dereliction is not too little capital, but too much. It’s not relative poverty, it’s relative wealth. It’s not a lack of money, but too much money.

Dereliction exists because owners have too much capital. They don’t care because they don’t have to care. To stop dereliction you must make capital expensive. Once we price capital properly, the owners of that capital will react.

People who let good assets – like an old Victorian building – go bad are not too poor, they are too rich. If they were poor, they would mind the asset, take care of it, make it work for them, generate a return and bring the asset into commercial use.

Only the truly wealthy can be truly wasteful.

If owners are not waking up in the middle of the night wondering “How will I make this property pay?” then the price of holding that asset is not too high, it is too low.

Anyone who has run a business, understands this middle-of-the-night angst. We need to regard property as a working asset that can either be used (which we should encourage), or allowed to go to ruin (which we should penalise).

A meaningful dereliction tax, say 100 per cent of the price of the property paid over five years, with an up-front penalty, would change the game.

Every floor that is converted to productive use could be used to offset some of the tax. This would encourage immediate development. If the owner couldn’t be bothered developing and making the building better, they shouldn’t be owners because they are not investors, they are hoarders.

As these inappropriate owners sell to avoid either tax or hassle, or both, prices of derelict building will fall and new, ambitious owners will take up the challenge. This reform – taken together with the massive disruption made possible by new technology and by Covid-19 – would reverse the decline of urban Ireland, banish dereliction and give our cities the type of boost that they have been denied for the past 100 years.

Our urban heritage is a genuinely fragile legacy. We must protect and nourish it.