The post-Trump era could see the disruption of capitalism 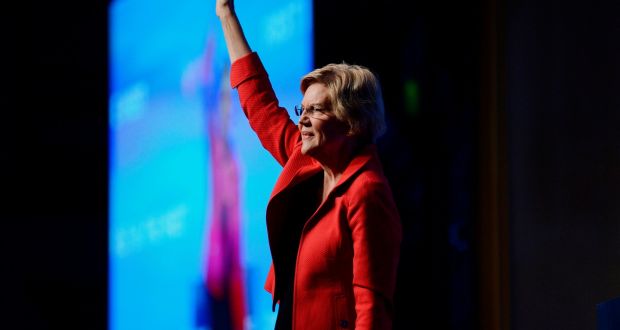 Originally, impeachment was a process whereby a grand jury was instructed to find sufficient evidence to commit to trial a high-ranking official – or indeed colonial governor – who might be taking bribes, using his position to advance his personal cause or consorting treasonously with a foreign power. Back then the foreign power would have been France, as imperial France was constantly at war with imperial Britain in north America and the Caribbean.

After the War of Independence, the USA did not start as a republic with a constitution but as a loose confederation of equal sovereign states. This messy arrangement proved far too disparate; and the revolutionaries decided to create a strong centralised executive with a president.

They realised that an all-powerful president, no matter how beyond reproach he appeared to be, might have a similar incentive to be as corrupt as the king’s governor. The temptation could be too great, even for the supposedly unimpeachable, absolute power having the possibility to corrupt absolutely.

At this stage in the history of America there were no federal laws, so the Founding Fathers came up with the three charges of: 1. using public office for private gain; 2. treason; and 3. other high crimes and misdemeanours. In addition, they stated that it was up to congress, not the courts, to decide whether there was sufficient evidence against the president.

In the fledgling USA, the British were only too keen to foment counter-revolutionary sentiment inside the breakaway republic. The Founding Fathers were obsessed with treason as one of their own trusted generals in the War of Independence, Benedict Arnold, proved to be a spy and defected to the British at the height of the war, almost taking the military barracks at Westpoint with him.

Fast forward to today, and the Democrats have accused Donald Trump of all three original crimes: using his power to sully his opponent; possibly consorting with a foreign power, in this case Russia via Ukraine; and finally, Nancy Pelosi used the word a “bribe” this week, which specifically harks back to the original 18th-century wording of impeachment as discussed in the federalist papers, the founding documents of the USA.

If Trump is impeached – and it’s a big if – and if he takes his vice-president Mike Pence down with him, it will be the same Nancy Pelosi, as leader of the house, who will be installed as president. Anything is possible in the current climate.

If this were the case, the first female president, Pelosi, could quite conceivably be followed in a few months by the second, Elizabeth Warren, who appears to be the Democrat with most momentum at the moment. You know Warren is now the front-runner because of the venom of the criticism she’s receiving from her broad-left, Democratic opponents in Ohio, substantiating the old RAF adage that “you only take the flak when you are over the target”.

Warren’s economics are fascinating. She has promised, if elected, to disrupt American capitalism like no president since Franklin D Roosevelt. In the 1930s, FDR was accused by his detractors of being a communist. Similar slurs are being thrown at Warren.

Warren, like Roosevelt, is no communist but she does, again like Roosevelt, understand that the American economy needs to be reset. The inequalities have simply become too large to be consistent with democracy.

Central to Warren’s agenda is that she appreciates that capitalism has a tendency towards monopoly. The aim of most competitive companies is to gain market share and, if they can get away with it, total market dominance.

In an era when large players can buy up the competition, competitive markets lead to less competition, not more. The temptation to be the biggest, most successful player is part and parcel of competition. Executives are incentivised with this goal in mind. Therefore, if not policed properly by vigilant regulators and anti-trust legislation, there will be a bias towards concentration in any market. This will benefit the owners of the companies, to the ultimate detriment of the consumer.

Warren sees this process as both natural and problematic. Natural, in the sense that that’s what companies in the free market do, deploying essential innovation and dynamism in the process; problematic because it means the gains from the competitive economy go to those already at the top.

Warren wants to pay for Medicare for all, her signature policy, by taxing the rich too, leading to attacks in recent weeks from: the ex-head of Goldman Sachs, Lloyd Blankfein; the chief executive of JP Morgan, Jamie Dimon; the head of Bridgewater hedge fund, Ray Dalio; and the head of Blackstone, one of the world’s largest investment funds, Stephen Schwartzman. When billionaires gang up on a politician, you feel she must be doing something right.

In 2020, the most accurate description of the US economy where the three richest men – Warren Buffett, Bill Gates and Jeff Bezos – own more wealth than the total bottom half of the population, is less trickle-down economics and more hoover-up economics. Warren wants to put an end to that not by ending capitalism, but by resetting it.

She would achieve this by levying significant taxes on the very rich, strengthening antitrust legislation, limiting lobbying and breaking up monopolies. For example, she would force Facebook to divest itself of WhatsApp and Instagram.

Quite apart from her economics, Warren has a story, and we know how the Americans love a story. She is the poor, rural, single mother who rose to be a Harvard professor. That’s the American Dream.

Her story is the story of a different America, an America of opportunity, the America that FDR built and that Ronald Regan dismantled.

Is it any wonder all her opponents – left and right – are trying to trip her up?