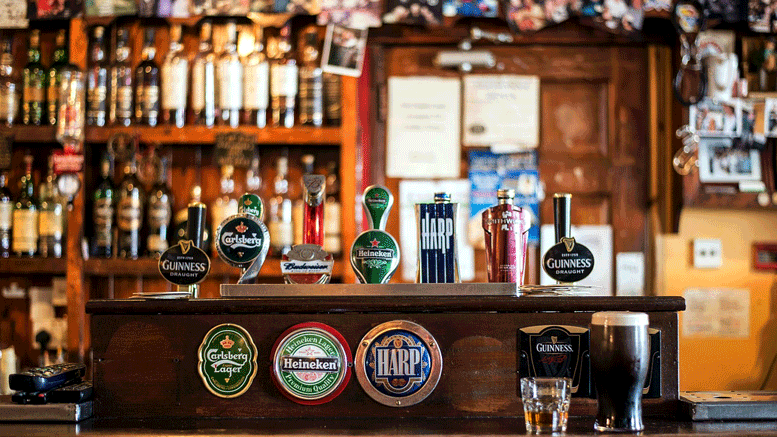 To understand new phenomena, we need new language. Language is critical to our comprehension because language allows us to paint mental pictures. Language is a shortcut and a sort of thought organiser that allows us to see the world with more nuance and depth.

Unfortunately, economics treats language as an afterthought, mangling its beauty and humanity in a grating, mechanical dullness.

In 2005, driving from Mayo to Dublin during the peak of the last economic boom, I witnessed vast estates being built outside remote country towns. It struck me that these would end up empty and abandoned, the structures intact but eerily without residents.

In 2005 as they were being built amid much fanfare, it seemed obvious to me that these estates were doomed, destined to end up as residential versions of the Mary Celeste, that mysterious ghost ship found crewless in the Atlantic in 1872.

The term “ghost estate” was coined there and then, scribbled down on a piece of paper outside Ballaghaderreen and deployed in a subsequent article about financial folly in the outer regions of the housing bubble far from the banking bustle of the capital.

The image of the ghost estate allowed people to see and feel the monumental credit splurge that was destined to crash.

The term Ghost Estate was a shortcut; so too was “Breakfast Roll Man”. He came from the same need to reframe what was going on around us. Hopefully, like the ghost estate, Breakfast Roll Man helped us to understand an ongoing sociological phenomenon more clearly than an academic economic tract might do.

Today we are faced with something new once more: the sudden recession brought about by an unforeseen pandemic. It is not a conventional recession or indeed depression, which is why it might benefit from a different name. It is a Pandession – a term used in this column in recent months to describe a recession inflicted by a pandemic.

A normal recession or depression can be explained by conventional economics. Today, the parameters are set by the virus not by traditional economic metrics.

You mightn’t like the expression Pandession and you can make up your own, but just don’t call it a recession because it most certainly is nothing of the sort. It is ongoing, it has no obvious commercial endpoint that can be dictated by traditional economics, and mainstream economics certainly doesn’t provide any vaccine.

So, we need to look at it another way.

A few months ago, this column made the point that, rather than thinking about a pre and post Covid world, we should talk about living with Covid. In Israel, a massive second wave is under way after a successful lockdown; in Sweden, the economic gain of not locking down was almost zero, at a huge cost in terms of life lost: and the US is in the late and virulent stages of the end of the first wave.

All these examples bear out this idea of living with Covid, rather than looking forward to a post-Covid world. In this scenario, the virus sets the agenda and everything else follows.

As a result, traditional economics is suspended. While the State can’t ever create jobs in the micro sense, it can sustain demand in the macro sense. The main policy objective now should be to boost demand, particularly in the sectors most affected.

The area of the economy most affected by the Pandession is what we could term the “social economy”. The social economy is every bit of the economy where human-to-human or face-to-face connection are the drivers. We might also term this the “Craic Economy”.

The Craic Economy covers bars, restaurants, hotels, comedy clubs, the performing arts, theatre, conferences, festivals, gigs, nightclubs and so on. Income in the “craic economy” hasn’t just fallen, it has dropped to zero.

You don’t come to Ireland for the sun, you come for the craic, whether that’s music, festivals, bars or more generally, the friendliness of the people. It’s hard to do craic with social distancing.

Luckily for us, there is no financial constraint for a craic bailout. The ECB has set interest rates to zero. The NTMA borrowed billions this week at negative interest rates. This means that money is free.

The State needs to spend when the private sector is saving, which is what is happening now. The country should issue a perpetual bond, as George Soros is advising the EU to do, or a 100-year bond as Austria did two weeks ago, to cover spending.

At zero interest rates and with the ECB ready to buy whatever the government issues, fiscal policy becomes monetary policy. This means the Government just issues IOUs, gets the money and can spend the money whatever way it chooses. A craic bailout should be first on the list.

Relief needs to be targeted, as the Craic Economy has faltered while parts of the tech and telecoms economy have soared. Rather than dilly-dally around with VAT cuts or grants, the State could simply transfer money into the accounts of small businesses in the craic economy to (a) prevent a credit crunch in the sector, (2) prevent mass bankruptcies (3) encourage the businesses to keep on staff and (4) preserve the Craic Economy.

When the State can borrow at close to or even less than zero interest rates, the money is free. Free money should be deployed because that is what it is for. The Pandession was not caused by economics, nor will it be brought to a halt by economics.

Only science can stop Covid. In the meantime, the Craic Economy is being destroyed. Unfortunately for Ireland, we are better craic than many countries, and so we suffer more. The jump we have seen in unemployment here has been higher than almost any other jurisdiction. But the solution is at hand in free money.

People worry about the cost; this is understandable but not realistic. The immediate cost to the State is negligible. Be assured, long-term economic viability is what drives creditworthiness, which is why Japan can continue to borrow for generations at debt ratios of close to 300 per cent of income.

In contrast, countries that willingly look on as their economies collapse will be the countries that the markets avoid because their balance sheets are destroyed by inactivity.

Rather than worry about the future debt-market conditions, be assured that the cost of not saving the Craic Economy is much greater in terms of closed businesses, lost tax revenue, long-term unemployment and the massive social cost to our cities, towns and villages.