The Government needs to cut spending now – but it will not 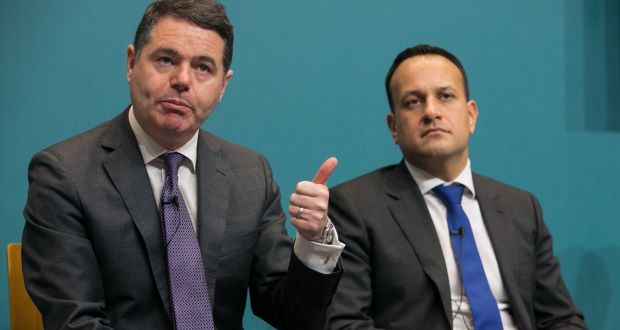 One of the most essential, but least well-understood aspects of macroeconomics is that economics is counterintuitive. This is because macroeconomics, unlike accountancy, is more concerned with the collective than the individual.

The rule of thumb that dominates economics – again, as opposed to accountancy – is that what is good for the individual is not always good for the collective. When things are going really well and demand is very strong, like now, the Government should, counterintuitively, act to dampen it.

When demand is strong and people and companies are spending, the State should save and build up a surplus. Because, as night follows day, there will be a downturn, when people stop spending.

In short, the State should do the reverse of Charlie McCreevy’s sage approach as minister for finance: “When I have it I spend it; when I don’t, I don’t.” If the State fuels things by cutting taxes or spending money when demand is already high, it will exacerbate the boom in inflation. Conversely, in a downturn when the State’s tax coffers run dry, if it then cuts spending and raises taxes when demand is already feeble, it amplifies the downturn with deflation.

The position the State takes at various iterations of the economic cycle is, therefore, one of the least well appreciated but, again, most significant policy stances to be taken by any administration.

John Maynard Keynes described this necessary counterintuitive, countercyclical bias of the Government the “automatic stabilisers” which, like stabilisers on a child’s bike, give balance to the entire enterprise.

The ebb and flow of the economic cycle is not some mechanical, hydraulic fixity determined by hard-and-fast economic rules. The cycle itself is nothing more than an expression of human nature.

When things are motoring and prices are rising, it is normal human nature to become giddy, because the person beside us is getting giddy and optimistic about the future. Such optimism is contagious. This is what economists call consumer confidence.

So normally, when prices are rising, they continue to rise, buoyed up by the confidence that rising prices generate.

In contrast to microeconomics, which suggest that as prices rise demand falls, we more often than not experience the opposite. When prices rise, they are rising because people are spending and the very rise in prices generates yet more price rises, buoyed up by collective effervescence.

Similarly, if a company is gaining market share, the natural tendency is to borrow to garner yet more market share. If people are borrowing to finance ideas today, they are taking money – not yet earned – from the future to front-load demand today, based on natural human exuberance.

This in a nutshell is what is happening right now in Ireland.

Unemployment is low, incomes are rising and recent success in the marketplace – no matter what business you are in – breathes a disregard towards the possibility of failure. Thus, the economy takes off.

This individual effort or good fortune becomes a collective phenomenon quite easily. Tax revenues rise significantly because spending and incomes are rising. When you are spending you are buying stuff from me which translates into my income, driving up my spending power, coaxing me to buy stuff from you, adding to your income, and upwards we go.

It is at this stage that the Government, flushed with buoyant tax revenue, should begin to stop spending as there is more than enough spending already going on in the economy. Anything it spends now will simply add to demand and largely go into rising prices, rather than rising employment or production.

The economy is getting close to full capacity, so the more we spend now the more likely we are to experience rising prices or profiteering.

A tipping point emerges where what is good for the individual is not good for the collective. At this point, your spending, although it feels good for you, causes the rest of us to suffer because the general level of inflation rises. This pushes up wages demands, and everyone’s cost of living rises.

At this moment, the State should cut spending. It doesn’t need to supplement incomes because incomes are already rising. In short, the economy is overheating.

Armed with these economic observations about the economic cycle, let’s examine what the Government’s Fiscal Council uttered this week in a report.

The report admonishes the State for depending too much on multinational tax revenue. It contends that that some €3 billion to €6 billion of the €10.4 billion in corporate tax receipts received in 2018 could be considered excess (in other words, beyond what would be projected based on the economy’s underlying performance and based on historical/international norms). And it stresses that debt levels remain high – about the fifth highest in the OECD.

As a result, the Fiscal Council argues that the State should start cutting expenditure now to prepare for any future downturn. What are the chances of that? You decide. I’d put it at about 0 per cent.

However, there’s a reasonable chance that multinational tax revenue will remain healthy, immigration will continue and there will be no massive shock to the system.

The implication of this is that the next election will be fought against the backdrop of tax cuts, spending increases and manna from heaven. The next government or the one after that will be the one that will have to retrench, as the cycle slows and pay the electoral price for it.

In politics that’s a lifetime away.