Pessimism is the enemy of entrepreneurial creativity 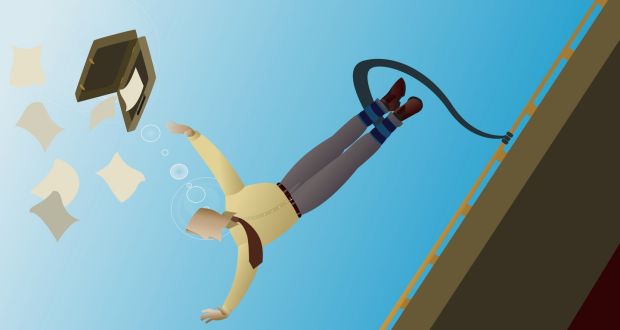 This week an American survey ranked Ireland as the eighth most entrepreneurial society in the world. This is an essential characteristic if we are to maintain our relatively high standards of living.

In economics, not enough attention is paid to this cussed, sometimes unreasonable creature, the entrepreneur. Without the relentless pursuit of new business, an economy will stagnate, and without economic growth, tax revenue dries up, resulting in less money to fix social problems. A healthy economy is a risk-taking economy.

The main source of employment growth in this country is in small, young companies rather than large, old companies. On average, 62 new companies were formed per day in the first quarter of last year. A total of 22,354 new companies were registered in Ireland in 2017, up from 21,018 in 2016. This resourcefulness is what makes the economy tick.

Taking a risk on a new venture is not easy. Setting up on your own as an entrepreneur, navigating the world of commercial jeopardy, employing others and backing yourself, knowing that if you fail you will pay the price, is an act of great personal courage. It demands extraordinary energy and commitment. Having a job is a much easier life choice.

I like to look at setting up a company as a creative act on a par with writing a book, painting a picture or recording a song. Ultimately, you are creating something today, where nothing existed yesterday.

Such inventiveness, which we could term commercial self-expression, is like artistic self-expression in that it comes from somewhere deep inside us. It is an act of rebellion, a personal mutiny against the system.

People who choose to set up a company over getting a job don’t want a boss who tells them what to do or where to be; they want to be independent and sovereign. They want to be free. In musical terms, commercial self-expression is punk.

So we are not talking about mere economics, but something more profound. Commercial self-expression is about humanity and the characteristics that drive us on every day. Ultimately, backing yourself in the commercial world is an optimistic statement. It demands belief in the future and the idea that you can mould your own destiny in some way.

The enemy of such creativity isn’t money, balance sheets, tax rates or the economic backdrop – it is something more elemental. The enemy is the pessimism of the intellect with its destructive handmaidens: cynicism, insecurity and fear. This may explain why so many intellectuals look down on, and disparage, commerce.

However, once we accept that commerce and commercial self-expression come from irrepressible human values such as individual hope, expectation, imagination and grit, we begin to see the economy more clearly and we appreciate the great commercial adventure of self-expression, endurance and creative resilience.

The essential force that propels the economy is the force of ideas. Critically, for incomes to grow in any society, more people today than yesterday must believe in, and actually experience, a change in the possibilities they imagine for themselves. This is the essential chemistry of commercial effort.

You must believe in it. The businessperson must believe that their dreams are achievable – and, what’s more, that they will get a pat on the back for having a go, rather than be criticised. And if they fail, they should be encouraged to have a go again. Instead of being mocked, they ought to be complimented and afforded status amongst their peers.

So culture matters. A society that accepts risk in many facets of life is a culture where innovation will thrive.

But innovation is a relentless creative process that demands that there are always losers when business models are disrupted. Therefore, creativity demands that we accept that others will lose as someone gains. Acceptance of this eventuality is a crucial feature of accepting the dignity of the entrepreneur and innovative effort.

Therefore, there is a direct link between commercial self-expression and freedom to fail, to be different, to have a go, and to stand out from the crowd. Thus, individual freedom and liberty tend to accompany mercantile effervescence, because once you allow people to live the way they want, to express themselves morally, sexually and culturally, you also gratify how they express themselves commercially.

Individual freedom and dignity for people to be who they want to be, to love who they want to love and to control their own lives is the cultural backdrop to economic fireworks. At the heart of the ever-changing, constantly evolving carnival of economic life is a society that encourages creative people to experiment. Obviously, these creatures are incompatible with a society of strict moral rules, dogma and control.

Dating back to the Dutch Republic of the 17th century, there is, and has always been, a strong correlation between tolerance and wealth: the more open, tolerant and irreverent a society, and the more foreigners and unconventional people living in it, the more effervescent the economy.

When countries or cities become less tolerant, the creative class will flee to more attractive places where the arts and culture, as well as the irreverent business environment, are flourishing.

Therefore, an expanding entrepreneurial class, as attested to in this latest survey, is not merely an economic indicator but a barometer of something much deeper.