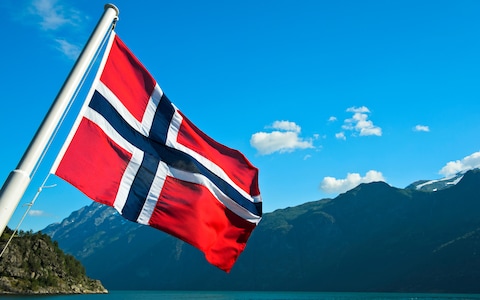 The opportunity is the collapse in interest rates, coupled with the related recovery in stock markets. Regular readers of this column will know that for many years now, I’ve thought that building a sovereign wealth fund in Ireland is a sensible project – similar to the way Norway has used its oil money to build a fund.

The Norwegians invested their windfall in the equities of major companies all over the world and watched their wealth grow. The multinationals in Ireland are one such revenue windfall. They are our oil find.

Today, there is a tax shortfall between what the multinationals pay in Ireland, approximately €8 billion, and what they would pay if they were paying their full 12.5 per cent on their estimated $120 billion profits per annum, approximately €15 billion.

Obviously, these figures vary from year to year, but you get the drift.

There’s a large shortfall. What are we going to do about it? It will be the focus when the EU moves on our tax policy, so what’s the plan?

An obvious and innovative solution would be to take stock options from these firms for the difference between what they ought to pay and what they do pay. This could be an annual figure of approximately €8 billion, invested in some of the largest, most profitable companies in the world. Such an equity-for-tax scheme would allow us to build up a significant sovereign wealth fund for the country.

And it would wed us to the multinationals so that we jump together. Given the capital transfer, the employment and the commercial sophistication these companies bring, it’s a win-win situation. The multinationals have a secure place to invest, where their supply chain is secure (unlike in China), and we have a share of their wealth – not income. Wealth is permanent, whereas income is transitory.

The Irish sovereign wealth fund could be used not as a pension fund, but as a start-up fund. The equity in these companies would be pledged to every citizen proportionally and could be used as collateral for start-up businesses.

This would serve as a platform to completely transform Ireland into a truly entrepreneurial society, on the road to prosperity and self-confidence. But we need some innovative financial thinking at the top.

And we could go one step further with the sovereign wealth fund. The combination of zero (or close to zero) interest rates and global financial markets offers a complement to this tax-for-equity idea.

This week, the State borrowed billions at a rate of 0.28 per cent. Think about that. It borrowed to fund day-to-day spending. Why not also borrow to build wealth? Why would State not borrow at close to zero rates and buy positions in large blue-chip companies yielding 3 to 5 per cent, and clean up in the process?

Why not load up on cheap borrowing and buy the stocks of global companies that are yielding multiples of our borrowing rates and have delivered enormous capital gain to private investors over the last years?

Why should this game of borrowing at zero and buying companies be limited to very rich people? Why not allow poor people to play this game?

This beautifully simple, logical and absolutely doable idea is one of many that zips off the pages of a new book called “Angrynomics” by two of the most thoughtful economists in the game: Eric Lonergan and Mark Blyth.

Lonergan, an Irish hedge-fund manager, is one of the few who truly understands monetary policy and its intricacies; Prof Blyth is a political economist like few others. Together they are a formidable combination.

Their excellent and simple idea adheres to what I believe is a golden rule of life: what is complicated is rarely important and what is important is rarely complicated. I’ve also long believed the innovative state should enjoy the fruits of global financial markets, like the rich guys, using the same tools that make the rich richer.

If the State can borrow at close to zero, why not do what the rich guys do, copy how they build their capital and buy assets, income streams and market share? Buy the future with cheap money today.

The reason interest rates are low and will remain low is that the West is getting old and is saving. This puts downward pressure on interest rates and is helping drive up equity valuations. The rich guys appreciate the financial implications of demographic realities and are borrowing to invest and accumulate. They’ve made fortunes with this relatively simple trick.

But instead of complaining about the 1 per cent, the State could easily join them for the benefit of all the citizens.

This could be done tomorrow.

The new government could instruct the NTMA to borrow. The fund would have to be kept away from local financial cronies, who would only gouge it for fees to buy trophy houses in D4. Picking a fund manager could be done along Norwegian lines.

In terms of the big idea, Ireland has one of the youngest populations in the rich world, which give us a double incentive: we can avail of the savings of older Europeans to create an entrepreneurial, trading entrepot on this island for our younger population.

The pandemic gives us the opportunity to think big and reimagine the country. We need to give our young people hope that they are living in a country where somebody stays awake at night worrying about their future. What better way to reassure them than to build a wealth fund – from both multinationals’ tax obligations and the State availing of cheap borrowing? This fund could pledge collateral for each citizen and such collateral could be used to kick start and fund the commercial dreams of a generation.

That’s the future. Surely we couldn’t let such an opportunity slip?