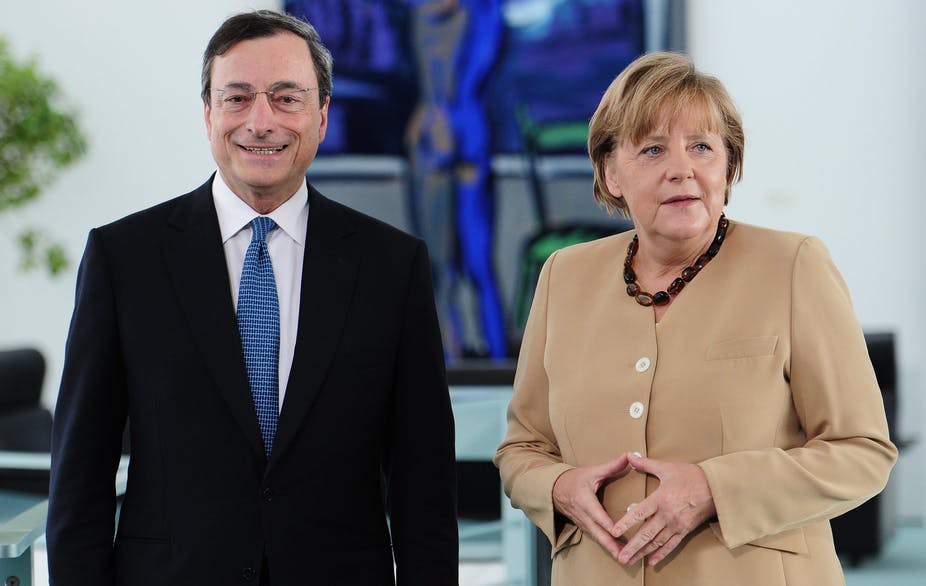 While we are still convulsed over Phil Hogan, the EU has moved on. This week, the powerful head of the German Bundesbank, Jens Weidman, sought to reframe the battleground for 2021 and beyond.

The future of Europe will be a struggle between the North and the South and, more specifically, between Germany and Italy, Europe’s two manufacturing powerhouses.

It is seldom appreciated, largely due to lazy caricatures, that Italy is Europe’s second-largest manufacturing country. The north of the country is one of Europe’s wealthiest regions, pre-eminent in design, consumer goods and fashion as well as heavy machine production, not to mention Italy’s agriculture, food and tourism sectors, which dwarf those of most other countries.

Politically, Italy is an EU linchpin; after all the EU was established in Italy with the 1957 Treaty of Rome.

In the past two decades, the Italian economy has faltered. Some argue this is because of the euro, some say that it is reflective of its ageing population, while others argue Italy’s plight is a function of bad government and corruption.

In truth it’s probably a mixture of all three and the added complication that if you are exposed in the international manufacturing and fashion business, the rise of China will have had an amplified negative impact on job opportunities at home.

Only Germany has managed to side-step and also piggyback on Chinese manufacturing prowess, but some now see Germany as being far too dependent on its prestigious car industry, a sector that is about to enter a period of massive change both from the consumer and technology sides.

Maybe this longer-term angst about its own industrial strength is the source of German ennui about the direction of Europe, particularly around the huge borrowing that is being deployed to fight this pandemic.

Germany has a philosophical problem with government borrowing and has spent the past two decades, since the unification shock, trying to run budget surpluses to such an extent that driving now on Germany’s once-famed motorways is to journey back to the 1980s.

The German media sees Italy as the main culprit in terms of profligacy, even though the Italians have been running a primary government surplus, meaning the government is actually raising more in taxes, every year since 1999. Traditional economics would argue that ongoing austerity is the root of Italy’s economic woes.

The interest burden on Italy’s debt is what drives the perception that the country is in some way delinquent. The ageing country simply can’t get its growth rate up sufficiently to make inroads into its legacy debt, meaning its debt burden remains intractable.

Germany, too, has a population problem. Without immigration, Germany’s population would have peaked in 1972. This startling fact is not lost on German policymakers such as Weidman, the head of Germany’s central bank.

Could it be that Germany looks in the mirror and sees Italy looking back?

That certainly was a plausible take-away from the speech by Weidman who argued for scaling back borrowing, reducing government expenditure and stated categorically that if the present polices of large-scale borrowing are not reined in, Europe is hurtling towards a fiscal crisis.

Weidman is often portrayed as a obdurate Teuton in the Karl Otto Pohl or Hans Tietmeyer mode – both of who came straight out of Bundesbank central casting: austerity personified.

In fact, he is a more subtle, dexterous and light-footed operator. Sources indicate that he was instrumental, in the early days of the pandemic, in changing Merkel’s mind about unified EU borrowing, nudging her into the Macron camp. Indeed, it may have served the German political machine to allow the good cop/bad cop dynamic play out in the media.

It might still be the case that the head of the Bundesbank is “obliged” to warn about borrowing, but German fear about the direction of Europe is real – not least because, despite being the paymaster, Germany has been out-foxed, out-played and out-manoeuvred by Italianate diplomacy at every turn in Europe since the 2008 financial crisis.

The ECB, set up to be the most Germanic of all EU institutions, has experienced what can only be described as an Italian coup d’etat under the Italian boss Mario Draghi. His successor, the French (and therefore in German eyes slightly suspect) Christine Lagarde, is following Draghi’s Italian playbook.

The ECB is more like the old Bank of Italy than the old Bundesbank. From the moment Draghi said he would do “whatever it takes” to defend the euro, the ECB has been buying government debt, facilitating large state overdrafts, dropping interest rates to below zero, instructing the banks not to pay dividends and generally buying up anything that isn’t nailed down, exchanging dodgy IOUs for real money.

And as if this isn’t heresy enough for the Germans, every significant vote in the ECB council over the past five years has seen the Bundesbank being defeated. The whispering Italians, operating behind the scenes with their French and Spanish co-conspirators, have turned what was supposed to be the high church of Weberian Protestant probity, the European Central Bank, into the Vatican, with all the politics and trade-offs that entails.

Germany is not happy but it’s hard to see how it can win this one simply because Italy has changed the rules of the game. The new reality is that when you allow the central bank to buy government debt, which the ECB has done, austerity makes no sense.

The policy of quantitative easing, in which the ECB undertakes to buy government debt, means that it is actively driving down the national debt, because after all it is buying the debt at zero rates. The government is issuing debt and the ECB is buying it and telling the market that it will buy it if the market ever wants to offload it.

So if the ECB is giving cash to governments, it makes no sense to demand austerity, which means taking money away from governments. That would be giving with one hand and trying to take away with the other hand.

Can you see the dilemma here? The Germans have been boxed in by Italy. Fiscal policy has become monetary policy. One nil to the Jesuits.

For Ireland, we need to understand that the Italians have done us a huge favour. We can now finance anything we want at zero rates, courtesy of our friends in the south. Open goals don’t present themselves too often. Time to shoot.