It is time for a major property reset 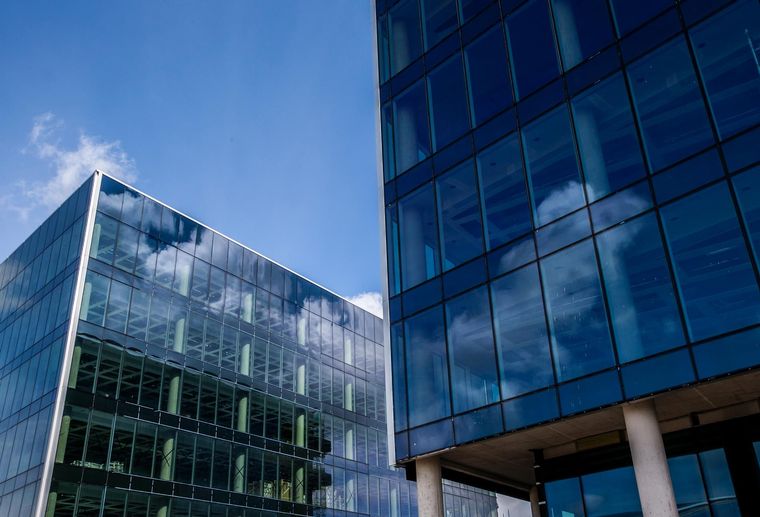 Pepare for carnage in commercial property. In the past few years investors have piled into the Irish commercial property market, with a particular focus on Dublin. Initially, it was international players but latterly, as is always the case, Irish financial firms have been putting Irish investors’ and pension fund money into the mix, adding to the frenzy.

By the beginning of this year, average annual Dublin rent was €673 per sq m, placing Dublin just above Geneva and Milan but below London, Paris and Zurich. It ranked as the fifth most expensive city in Europe.

Dublin’s €673 per sq m is wildly expensive when compared with much larger cities such as Munich at €456, Madrid at €372 or bargain-basement Brussels at €320.

Would it surprise you to know that the average commercial rent in Dublin is almost 30 per cent more expensive than the average in Amsterdam? Given these disparities, it seems sensible to conclude that Dublin’s commercial property is spectacularly overvalued compared with European cities.

You would imagine, given these huge rents, that the yields in Dublin would be spectacular. Rent is income after all. But the yield of prime Dublin office space is 4 per cent, implying that prices have risen dramatically to reflect these ridiculously high rents.

In normal times, when prices are rising but yields are falling, you have a recipe for trouble. But these are not normal times. Offices are empty, and the likelihood is that many will remain vacant for the foreseeable future.

As noted in this column recently, the main threat to Dublin’s commercial property is not unemployment, it is Zoom. The technology means that office working, which used to be indispensable for most companies, is now an option – and an extremely expensive option at that.

Because almost all commercial space in Dublin is taken up by services companies rather than manufacturing plants, the Zoom alternative is the future or at least part of the future.

All this has enormous consequences for commercial property prices. Covid-19 has changed the way we live, and it has opened up the real possibility of much more flexible working habits.

The civil service, the biggest single and least risky tenant in the city, is an interesting place to start. A recent study of 4,300 workers, largely drawn from the civil service and carried out by Amárach consultants, found that 86 per cent of respondents were interested in working remotely.

Seven out of 10 said that working from home had improved their work-life balance and a similar number welcomed the absence of the commute. Half said their productivity had increased, while 45 per cent suggested it made childcare easier.

If the civil service, even partially, leaves the city, the commercial market will tank. The question now is: why won’t the civil service leave the city? Why would large parts of the civil service want to remain wedded to the commute – giving taxpayers the bill for expensive offices – when the job can done be more cheaply from home?

A worthwhile exercise for the Department of Finance would be to assess how much the State would save the taxpayer in rent if parts of the civil service swapped the office for home. That figure might well be eye-watering and would convince everyone who needs convincing that the taxpayer is transferring hundreds of millions of euro every year into the pocket of landlords, unnecessarily.

Technology has changed the game. The virus has simply accelerated that trend away from the office.

The office space that is freed up could then be converted into apartments, repopulating the city with residents rather than workers who commute. Covid-19 has exposed the soullessness of our cities once it became abundantly clear that so few people live within Ireland’s city centres. When we had full offices and millions of tourists, Dublin for example, felt vibrant. Today it is a ghost town.

The hollowing out of the centre also has significant implications for retail rents, which are unsustainable. Prime retail in and around the Grafton Street area is €6,485 per sq m. In Dublin 1, it is as much as €4,550. If you regard rents as a tax on business – in the sense that it is a cost – you appreciate the huge mark-up that retailers need to impose on customers simply to cover these costs. The mark-up is then shouldered by the customers, reducing our spending power.

Again, we witness a huge transfer from customer to landlord via the retailer. Before Covid-19, trends in retail towards online shopping were clear. Once more these trends have been accelerated by the virus.

None of this means that the city should not remain a vibrant shopping destination; it simply means that rents have to fall dramatically in Ireland. For example, how can restaurants that have seen their business decimated and footfall collapse, be expected to pay 2019 rents in 2021? Rent contracts that were signed before Covid-19 may be legally enforceable, but they are commercially ludicrous. When something is commercially ludicrous it will stop, irrespective of the contractual small print.

It is time for a major property reset.

Commercial prices and retail rents will fall. At the moment, everything is suspended, but when the fog of Covid-19 lifts, the world will have changed. Recent evidence suggests we are only seeing the start of it. The leading indicators speak for themselves.

Transactions in Europe as a whole fell 44 per cent, with the UK seeing a 56 per cent drop. The reason this is significant is that at the upper end of the commercial property market, deals are cross-collateralised, meaning that big global portfolios will have properties in various cities.

Once one major city starts to wobble, for example New York, the impact on smaller cities in other parts of the world is instantaneous, irrespective of local conditions, because the entire portfolio gets rerated. In order to pay for losses in one place, the global investor needs to sell assets in another place.

In terms of local conditions, it is clear that many businesses will demand lower rents to reflect the lower footfall and reduced incomes. Some may throw in the towel because landlords refuse to budge; others will default.

In the commercial property world, employees who stay at home to work will set the rent agenda. Companies will not need the office space, and rents will fall as a result.

The great reset will change the face of our cities.

With more people eventually living in the centre as a result of mass conversion from commercial to residential, the cities will become much more pleasant places to work, rest and play. Lower rents will facilitate quirkier, more unique retail, rather than boring big multiples.

With imagination, city planners can completely redraw the urban map. The possibilities are endless. One thing is certain: there is no going back.