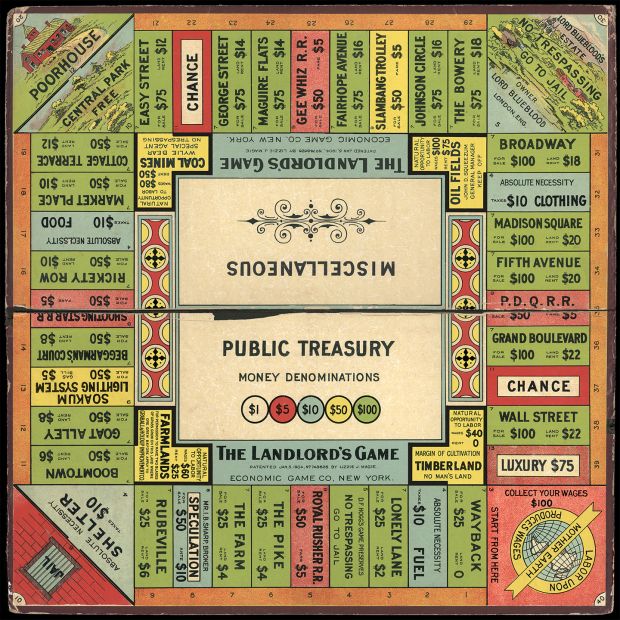 Looking out at the Atlantic from Lahinch in Co Clare, it’s hard to believe that one in 10 people was evicted in Ireland during the Famine. Two million Irish people emigrated in the 15 years from 1840 to 1855. Out here you can still sense this emptiness. Most Irish emigrants left from the west coast, heading across the ocean. Imagine what this part of the country would look like had they stayed.

The Famine, the result of immediate crop failure, was also the direct consequence of the conflict between a land-owning class and a landless class, leading to the Land League, which, most Irish historians agree, was the catalyst for the independence movement that led to the creation of the State.

Seen against this background, it can be hard to understand why the interests of the land and its income – rent – are still regarded as sacrosanct in Ireland.

Land is the least productive asset. Unless farmed on, land generates nothing: no ideas, no new products, no creativity, no innovation, no economic value. It simply extracts value from the thing that makes the economy tick: human ingenuity.

And the fundamental value of land only increases as the population increases. So rises in the value of land have nothing to do with the input of individual landowners.

Taxing land and the value of sites is not a new idea. The idea that land is an unproductive asset is, for example, the basis of Monopoly, the world’s most popular board game. We’ve all played it. And as we head towards Christmas, you might play it again. More than 275 million Monopoly games have been sold since 1935. The game is available in 43 languages and 111 countries. The Irish version first appeared in the 1960s.

Monopoly, as we therefore all know, is based on hoarding land, accumulating fortunes from buying property and waiting for prices to rise. But rather than celebrating landlordism, the game was devised to show people how regressive land hoarding can be for the whole society – and the man who inspired it, the economist Henry George, also inspired Michael Davitt of the Land League.

Before we talk land, Davitt and George, let’s talk some more Monopoly.

The game was devised by a feminist thinker and anti-monopolist campaigner named Lizzie Magie, who was also a stenographer and typist in Washington DC.

In 1904 Magie was granted a patent for The Landlord’s Game. It used a square board with nine rectangular spaces on each side, set between corners labelled, in two cases, “No Trespassing: Go to Jail” and “Poor House”. Players worked the board by buying and selling properties.

A third corner contained an image of the globe and the slogan “Labor upon Mother Earth produces wages”, in homage to George, who had inspired the game with his ideas about putting the burden of taxation on wealthy landowners.

Although not well known today, George’s book Progress and Poverty, from 1879, remains the bestselling economics book of all time. In the 1880s in the United States only the Bible sold more copies.

Quoted by thinkers as diverse as Tolstoy, Bernard Shaw and Winston Churchill, the book has at its heart the idea of a single land tax.

George argued that a land-value tax should replace all other forms of taxation, liberating labour and capital to flow freely. He contended that such a tax would also eliminate poverty.

The basis of George’s idea is that unimproved land, unlike any other asset, generates wealth as a result of societal change rather than of any individual effort or innovation.

He argued that societies – like Ireland and every other western country today – where cities and towns are the focal points of development, and where commercial districts and transport infrastructure are built and paid for by the average taxpayer, disproportionately reward well-off landowners in the form of rising site values.

He argued that this “unearned wealth” ought to be taxed and channelled towards the people who paid for it – other taxpayers – rather than the individuals who benefitted from it – the individual property owner.

This strikes me as eminently sensible. I live on the Dart line in Dublin, for example. This has increased the value of our house, but I have done nothing to generate this value. Therefore I get a free ride, financed by others, and it seems only fair that I should be taxed on this windfall.

Her aim was to demonstrate the evils of accruing vast sums at others’ expense.

The early 20th century was a period of enormous wealth inequality, dominated by tech giants and landowners, just like today. The tech giants of the age were the huge oil, railroad and steel monopolies, the Googles and Facebooks of the Gilded Age.

Magie, a George disciple, was quoted as saying in 1906: “In a short time, I hope a very short time, men and women will discover that they are poor because Carnegie and Rockefeller, maybe, have more than they know what to do with.”

This was prescient: those oil and railroad monopolies were indeed broken up, by the first President Roosevelt.

Right now in Ireland the most significant unearned income comes from land. We saw this week that rents are higher than ever, affecting hundreds of thousands of productive workers. This can’t go on.

The market on its own is not providing solutions. If it were, rents would not be rising relative to income. The core of the problem is that unearned wealth is accruing to landlords and the property industry. Unlike the innovative, creative entrepreneur, whose courage and risk-taking this column celebrated a few weeks ago, landlords are, in the main, an inert drone class, living off the rents of others.

Henry George grasped this basic idea, and so made land tax central to Progress and Poverty. Davitt, who devoured the book, said simply: “If a copy can be put in every library, the revolution will be made.”

Ultimately in Ireland there was a revolution. A hundred years after the foundation of the State, maybe it’s time to finish the job.