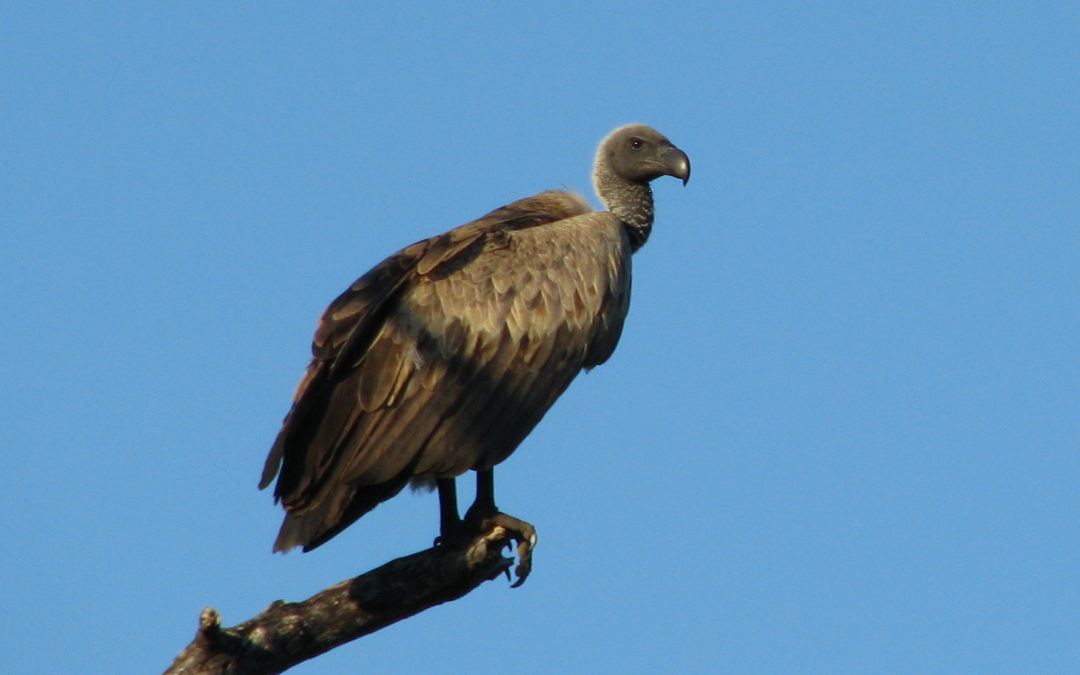 If you have seen the classic 1980s movie Repo Man, or have a passing understanding of the workings of the 1960s pawnbroker, you will know what a vulture fund does.

The vulture is a repo man with more expensive taste in shoes: a pawnbroker in Prada. His business is to make money out of other people’s distress. Repossession is his threat. He buys defaulted-mortgage houses and tries to squeeze the last drop out of them. The more money he makes, the bigger the return to his investors, who are happy to back this sort of commercial bottom fishing.

There is a myth abroad that the vulture fund is a necessary part of the Irish financial ecosystem. Nothing could be further from the truth.

There is no dearth of capital in Ireland, but there is a dearth of vision. For example, the capital-rich credit-union business could so easily replace the foreign vulture fund. The credit unions, with €14 billion on deposit, could easily take the nonperforming-mortgage portfolios from the likes of Permanent TSB.

Credit unions would be appropriate landlords, being the closest thing Ireland has to co-operative banks such as those found in Austria or the Netherlands. But, no, the State prefers to deal with the vulture funds, arguably the least appropriate landlords conceivable. We are more Nevada than Netherlands, more Arizona than Austria.

The aim of the vulture is to extract as much money as possible, as quickly as possible, for his shareholders and to trouser a fee. Once he has done that, and the Bollinger has been cracked open, it’s time to go to some other country, to the next “distressed” situation, and start all over again.

Every credit cycle has a boom and bust. During every leveraged downturn, ventures go bust, debtors fail to pay and those defaulted assets that were at first bought expensively with other people’s money are ultimately picked up cheaply with different other people’s money.

In the case of Ireland’s last boom, the average person bought houses very expensively using other people’s money. In the bust, many of those same houses have been sold to vulture funds, using – yet again – other people’s money. This time the money comes from incredibly wealthy shareholders of these funds, known as “private equity” investors.

The upshot of all this is that more assets will be transferred to fewer people, exacerbating inequality. The inequality is crystallised when the vulture funds exit this game by selling the assets back to the people they bought them from, at a much higher price.

When a vulture fund buys thousands of mortgages it has no interest in becoming a landlord. That would be far too much hard work. These are financial players, driven by spreadsheet economics. They’ve no interest in day-to-day management. If they appear to be involved in landlordism it’s because they have made a mistake in Ireland. They didn’t expect the law to prevent them from evicting defaulters.

The 1990s were the heyday of the vultures. In the 1970s, enormous lending to Brazil, Argentina and Mexico, among others, by the capitalist system and to Soviet satellites by the communist system drove a huge global debt bubble.

Ironically, both ideologies succumbed to the relentless logic of the credit cycle. In the 1980s the major capitalist debtors in Latin America went bust, but so too did many communist debtors, from Poland to Ethiopia. Ultimately Russia, the major Marxist creditor, also went bust.

By the 1990s a species of financial pond life – the distressed-debt fund manager – emerged with the aim of making a profit from the misery of millions. That was not unlike the game playing out in Ireland, except that foreign countries were in default in 1998; today it’s Irish people.

When they are dealing with countries the vulture funds constantly threaten court cases, in which they will demand to be paid in full, when everyone knows they will settle for a deal because they’ve bought the defaulted government bonds so cheaply.

In the vulture game, bullying is not just possible but a strategy, in the same way as the moneylender sending around the heavies was part of life in much of Dublin in the old days. The name of the game is to squeeze money out of individuals, corporations or countries that have run out of money. By definition, success in such a business demands harassment.

If the victim has no money, extracting money or wealth from such a destitute creature can rarely be achieved via a gentleman’s agreement over a Hendrick’s gin and tonic, can it? The vulture prefers coercion and threats. He is a spreadsheet evangelist whose ultimate weapon is aggressive deployment of the law.

The vultures prefer foreign law to domestic law. This is his chosen path when dealing with bankrupt countries. Bankrupt individuals are trickier for the vulture, as they vote, and therefore he must genuflect to local peculiarities that do not always favour the indignant new lender over the indigent old borrower.

Internationally, enforcing contracts demands a subculture of lawyers, negotiators, intergovernmental deals, new debts being issued as old debts are retired, investors taking discounts and governments making new promises to abide by new rules. In the process a few prominent vulture funds have made enormous quantities of money, some of which is being used now to buy Irish mortgages.

In Ireland, deploying contract law, the foreign vulture is helped by a willing legion of local gombeen men. This circus of foreign money and local agents is not unlike the 18th-century landlord collecting rent or evicting tenants.

Rather than sell to a cash-rich domestic institution like the credit unions, upon which Ireland could build a mutual or co-operative housing system from the wreckage of the crash, we’ve decided to do business with the most extreme and volatile tribe in the capitalist ecosystem.

The Carrions of Ireland that once held pride as free citizens have succumbed to contemptible agents of The State licensed to kill.

This process is known as ‘free elections’ to govern.

David only idiots and young children think life is fair. Life experience teaches us that lesson in no uncertain terms. But this isn’t about fairness, this is about the rule of law and wholesale theft. I’ve spoken to a number of people in the commercial property sector whose job it was to show the vultures where the value was in our towns and cities. They didn’t really have to because the vultures were well briefed on where the best prize real estate was to be found. They never wasted a moment on the dogs. The vultures were merely confirming the… Read more »

It’s tangential to the article above but how has global warming been working out for you in the past few days? Global warming shifted to climate change when reality had the audacity to intrude and make a nonsense of the theoretical mathematical models which underpin it. A bit like the global financial system which has brought the vultures to our door. We’ve had a black swan weather event which took a very biblical form as a whiteout. I hope people start thinking long and hard about ‘climate change’ stealth taxes (your car tax, your utility bills etc.) and the secular… Read more »

@ Grzegorz,
–
Yes, the NAZIs were talented at propaganda.
But, not as talented as their Western Foes :
1_
The English of the Brits
2_
USA
vis.
Barthes schooled Propaganda
Hollyweird

And, neither were they as talented as ;
X_1
The Irish State of modern times & into the now.
–
wwwwwwwwwwwwwwwwwwwwwwwwwwwww
–
Here is interesting resource for ur own reference ;
–
http://research.calvin.edu/german-propaganda-archive/index.htm

RIGHT WING = LEFT WING ==> RIGHT WING AUTOCRACY = COMMUNIST HELL-HOLE – COMMUNIST “NOT-MY-TAOISEACH” GOING MORE THAN Q…RE IN THE HEAD ; – Here follows abridged article hosted on G. Edward Griffin’s website. But for Tony Brogan’s recommendation of G. Edward Griffin I would be delayed in being acquainted with him [ G.E.G. ] I must say that other than I perceiving truth in the accusation that Griffin plagarised Eustace Mullins’s “The Secrets of the Federal Reserve”, I am increasingly impressed with Griffin. Yeah, sure, he does not sufficiently expose the Dreadful Few e.g. their control of nearly every… Read more »

Here is our local real estate market. not unlike many other places. In Canada, Victoria is seen as having a nice climate, great scenery, and at 340,000 population enough cultural activities to spread around. One word describes it, Desirable. http://www.timescolonist.com/news/local/b-c-budget-foreign-buyers-tax-coming-to-victoria-nanaimo-1.23179954 Zoning bylaws, limited geography, building codes, agricultural land reserve, and rent controls all play their part in making it more difficult to provide housing. That means delays, and more costs. That equals less supply and higher prices. h Higher prices mean that the better off can barely afford to buy while the less well off rent at increasingly higher prices.… Read more »

Trade wars threaten the world. From Brexit to the US duties threatened by Trump.

HERE IS THE TALE OF JUST 1 OF THE VULTURES THAT DECENT IRISH ABORIGINE CITIZENS HAVE TO ENDURE ; – I suspect that there is a lot more to this Vulture-Peeler & the Garda force’s involvement & responsibility in this tale, & the other parts of this Vulture-Peeler’s role as Garda as a whole, than we are being told. – With talents & energy & contacts & resources & greed & corruption & ruthlessness & vice that he displayed, he would not be out of place either were he in the Charity Sector. – AND, when the Peeler effectively gets… Read more »

WHY DID COMMUNIST-SOCIALIST BERNIE SANDERS NOT CONDEMN OUR BLUESHIRTS ON HIS RECENT VISIT TO “LAND OF ROGUES & ROBBERS” ? – SENDING AROUND THE GUARDS AS HEAVIES to harass & intimidate & coerce & extort & assault & commit battery & evict & otherwise flout the laws of the country AGAINST INNOCENT TENANTS who are virtuous in regard to their tenancy agreement but landlord is not so DOES HAPPEN IN MODERN DAYS ; – Ref. “OFFICIAL” — Cough, Cough, Cough, Ahem, Ahem, Ahem — INTERNAL GARDA [ – LANDLORDS / LANDLORD GARDAI ] PROCESS FOR HANDLING COMPLAINTS – Within the… Read more »