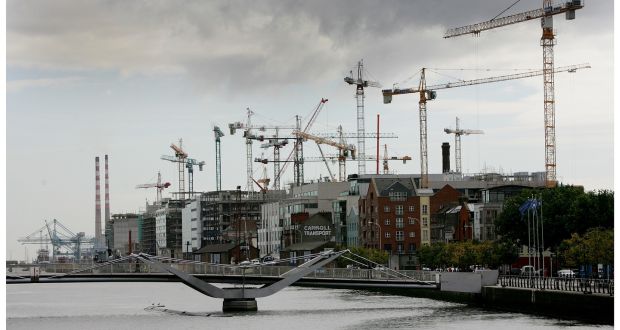 When Zeus heard that the boy Apollo, his child with one of his lovers, Leto, had incensed Zeus’s wife, Hera, by killing the python Hera had sent to kill Apollo and his twin sister, Artemis, he banished the twins to Delphi for eight years.

While there, Apollo, a god of many talents and traits, one of which was that he couldn’t lie, established the Delphic Oracle. The mortals could ask the Sybil, the high priestess who looked after the oracle for Apollo, to tell their future.

The Sybil would then interpret the prediction in a ridiculously ambiguous riddle, so as to be never exactly right but never specifically wrong. Such ambiguity allowed the gods to cover their backs and left the mortals scratching their heads.

When I read the Delphic prognostications in economic reports claiming to predict the future, I can’t help thinking of Zeus, Apollo and the other of the 12 Olympians.

This week’s utterances from such august outfits as the Organisation for Economic Co-operation and Development and the International Monetary Fund on the Irish property market suggest we haven’t moved on much from ancient Delphi and imploring the womb of Gaia to clear a few things up for us.

The OECD says the Irish economy will slow next year but GDP growth will remain “robust”, yet there are risks, especially in property. The IMF expects economic growth to decline this year and next.

Both reports conclude ambiguously that the Irish property market is very hot, maybe a little bit too hot, but there won’t be a crash, at least not in the near future or in the next 12 months – but there could be one later.

This, of course, makes the entire exercise useless in a practical sense, but also covers the think tanks if things go pear-shaped.

All markets, including property markets, go in cycles. Indeed, rule number one of investing is that all markets are cyclical. Rule number two is that opportunities arise when people forget rule number one. History tells us that sometimes the worst investment decisions are taken in the best of times, when people are confident and buoyed by recent successes.

Success itself breeds a dangerous disregard of the possibility of failure, causing people to be reckless just when the cycle argues for caution.

Investors make up a huge part of the property market, and the most significant change in the Irish property market over the past few years is the arrival of foreign investors, in both the commercial and the apartment markets.

This means that any crash will be much less detrimental to the Irish balance sheet, because the Irish people are not leveraged up on Irish property the way we were last time around, in the final days of the Celtic Tiger. In theory, a crash could have some benefits to the economy, as accommodation prices would be lower across the board.

We are in the 10th year of a global bull market, fuelled by a major credit and debt supercycle, facilitated by an unprecedented period of extremely low and even negative interest rates.

In markets, very low interest rates favour hope over income, the distant future over the here and now, the long end over the short end and, specifically in stock markets, growth stocks that promise tomorrow’s riches over value stocks that generate profits today.

Property, as an investment, is based on belief in future capital gain as much as in rental income. As prices go up, yields fall.

This is why real-estate investment trusts, or Reits, have exploded in recent years: they make property investing as simple as buying a share in a company.

A few weeks ago one of the most successful Reits in Ireland, Green Reit, announced it was selling up, suggesting that the insiders are getting nervous.

In an illiquid market, like the Irish property market, if global credit turns, it’s always critical to get out when there’s effervescence and money about. You don’t lose money by selling early.

We see the usual pattern emerging in Ireland, which is that the pioneers, the ones who got in early, are now selling to the ones who always get in late, the big Irish-managed pension funds.

The global credit cycle will have a huge impact on what happens here next.

After 10 years of huge increases in debt, the system is much more fragile than it appears. In 2017, global debt reached an all-time high of $184 trillion – about €165 trillion at current exchange rates – in nominal terms, the equivalent of 225 per cent of GDP. Compared with the previous peak, in 2009, the world is now more than 11 percentage points of GDP deeper in debt.

If we have learnt one thing in Ireland from the past 15 years, it is that debt makes you fragile, susceptible to being blindsided by economic events.

Great economic cycles tend to end in two ways: with inflation or deflation. The inflationary path is one where tight labour markets and frothy asset prices drive up wages, leading to inflation and, therefore, significantly higher interest rates and a significant market correction. This is what happened in the 1970s and early 1980s.

The deflationary path is the one the world economy just about avoided in 2008 but came to pass in the 1930s, where huge leverage weakened the system. As debts rise, the slightest thing can set off a crisis, for example, an unexpected trade war. It could also be a conflict in the Middle East or some internal issue, such as a resurgent Italian debt crisis that spreads contagiously.

Whatever the endgame, countries and markets that are highly dependent on mobile, international capital will suffer as liquidity dries up, leaving those who have bought late in the cycle nursing substantial losses.

Because all markets are now more interlinked, it is difficult to see Ireland avoiding such an eventuality when the global market turns, which it will.

Net migration Net migration to Ireland has been positive since around 2016, with migrant households typically smaller and more likely to live in cities than their Irish peers.

Changing household size Ireland has the largest average household size, at 2.7 people, in western Europe, but this has been falling steadily over five decades. As both average Irish household sizes and urbanisation rates converge towards those of our continental peers, there will be increased demand for smaller homes – a considerable amount of downsizing from the existing stock of housing in the country. The number of Irish households has risen by roughly 50 per cent in two decades, from 1.1 million in 1996 to 1.7 million in 2016. Two-thirds of this growth has been in one- or two-person households, which are now in the majority.

Obsolescence This reflects the number of homes that must be built to keep the stock constant. Currently, 150,000 Irish households live in buildings that are more than 100 years old, predominantly in rural areas. Many of these will have to be replaced.

Urbanisation Ireland is a laggard in this regard. Most European countries saw the share of their population living in urban areas rise from roughly 60 per cent in the 1960s to around 80 per cent now, but Ireland is only just at 64 per cent now (up from 46 per cent in the 1960s). As we catch up over the coming 50 years or so, Ireland will need to make up the vast majority of its housing shortfall within its cities’ existing footprints.

These make Ireland’s housing problems more acute but do not take away from the relentless logic of the market, its ebbs and flows and the inevitability of booms followed by slumps.

Finally, the fuel to all this is credit, both international and national. So what about trends in domestic credit?

It may come as a surprise, given that we hear so much about new Central Bank of Ireland rules, that credit rose by 22.8 per cent here last year. That’s five times faster than incomes.

Granted, it is coming from a very low base, but it is the beginning of a credit expansion. We are nowhere near the calamitous levels of the last property mania, but credit is building.

The bank’s balance sheet plays tricks on it in the upswing, which only becomes apparent in the downturn. Such a development is almost impossible to prevent in a capitalist system.

The main reason Ireland’s demand for accommodation has such an amplified impact on prices – the IMF report reveals, for example, that Dublin experienced the strongest growth in property prices among 32 countries and cities between 2013 and 2018 – is because of our appalling land management.

Land is a resource: like all resources it can be either used or hoarded. We reward hoarding. This means less land is released by owners and developers than is necessary. This pushes up land prices dramatically. In addition, height restrictions limit urban development and profoundly diminish population density. This means that public infrastructure is much less efficient and much more expensive to deliver.

Until we put a penalty on land hoarding and urban dereliction in order to get supply responding, small changes in demand will have an amplified impact on prices and rents.

There are three implications for Ireland’s property market.

First, we are part of a global system that looks increasingly unstable after 10 years of a credit super-cycle. Although things seem to be doing very well, remember that the worst of investment decisions are often taken in what appear to be the best of times.

Second, this makes our country vulnerable to a property “correction” or “downturn”, even though the underlying demand factors are strong.

Third, this time the impact of a property price reversal would be greatest not on the average homeowner, but on the most expensive houses and particularly, on over-priced commercial property. Indeed, the average citizen might welcome a fall in property prices as cheaper accommodation is a good thing.

Finally, and most crucially the reason Ireland has an accommodation crisis is due to appalling land management. The rental crisis is a national emergency, not just for economic and financial reasons but for myriad of social, psychological and emotional reasons. It can be fixed.

Globally, the 10-year debt binge is coming to an end. These things rarely end pleasantly. Against that background, you hardly need the wisdom of Athena to figure out that we are once again close to the top of a world-wide property cycle. This might not be of our own making, unlike last time, but the fallout will be hard to avoid.