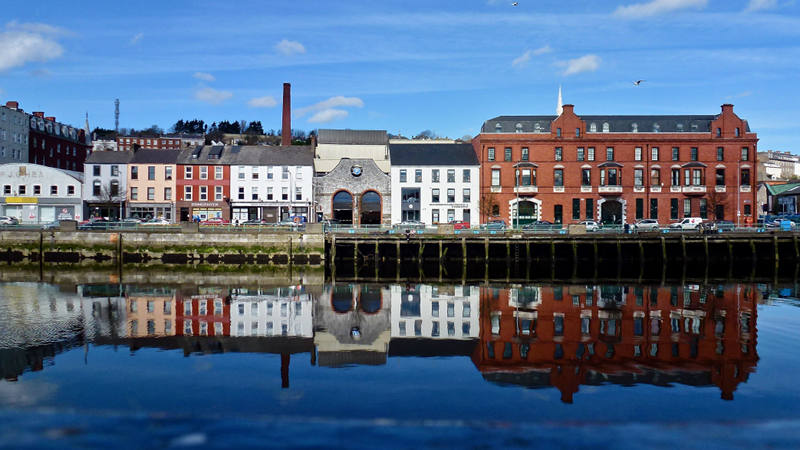 If you happen to be a Jackeen relation of a large Cork family, we might get together and form a self-help group. Given the amount of inter-cousin abuse I’ve had to endure over the years, it’s tempting.

Being a semi-detached, arms-length Corkonian comes with its burdens but they are but nothing compared with those carried by the Leesiders themselves, who combine fragile victimhood with muscular self-regard. But putting the inter-city rivalry aside, one thing is clear to me: if Cork doesn’t succeed economically in the years ahead, Ireland will also go backwards.

Cork is the litmus test when it comes to Ireland’s ambition to lift the burden of development from Dublin’s shoulders. If Cork can’t do it, nowhere can. The development of Cork won’t come at the expense of other cities such as Limerick or Galway, but will be complementary, and is vital for spatially balanced growth in the country.

However, the political division of the island has negated the natural equilibrating effect of Belfast, and Dublin has become overly dominant.

As a result, the State has to work extremely hard to make Cork a meaningful counterbalance to Dublin. It is difficult but not impossible.

The true potential of Cork seems obvious, not just economically, but strategically. Cork could be the Antwerp to Dublin’s Brussels, a first-to-second city relationship like Rotterdam to Amsterdam or Aarhus to Copenhagen.

However, to achieve this requires an intensification of residential development in Cork, involving a significant increase in apartment building, a significant reduction in cars in the centre of the city, many more cycle lanes and an entirely different mindset to city living.

Strolling around Cork, it’s easy to see that the city is well ahead of Dublin in terms of building upwards, with height restrictions much less of an impediment to development. There are other strong foundations in the city.

According to the Chamber of Commerce, the city’s population has increased to 210,000 following a boundary review in June 2019. Cork city (much of it suburban rather than urban) and county have a combined population of 542,868.

At the moment, Cork has one of the youngest populations in the country with 50 per cent under the age of 35. Cork also happens to be more industrial than, for example, Dublin. According to the IDA, the southwest region accounted for 36.2 per cent of Irish industrial output. With a much smaller population than the east of the country, this is quite an achievement.

Since 2015, 10,000 new IDA jobs have been created in Cork. In total, 38,000 people are employed by multinationals in the Cork region, bringing the average industrial wage there up above the national average.

Construction is booming in the city, which is evident when you’re walking around. Cork County Council figures show that planning permission is in place for more than 4,600 housing units within the city limits.

However, the opportunity lies in being an alternative location to Dublin in terms of companies’ capital and talent. Rents are a major factor. Office rental rates are half the price of comparable office space in Dublin. According to Daft.ie the average rent in Cork city is €1,366 per sq m, compared with €2,064 in Dublin city centre.

Looking ahead, unlike Dublin Port, Cork Port is in the process of being moved, liberating 220 hectares of docklands potential for development (Tivoli and City Docklands), effectively expanding the city centre footprint by 25 per cent.

But here’s the rub: If Cork wants to achieve its ambition to become a realistic economic counterweight to Dublin, it not only has to catch up, but must also develop more intensely because in terms of scale it is far behind the capital.

This means creating a real, liveable city in about a decade, which implies reinventing what the city looks and feels like. At its core, this demands intensive urban living, something that has eluded Cork over generations.

Could Cork transform itself into a true high-density city? Like other original maritime cities – from Manhattan to Hong Kong to Venice – it is centred on an island. What might a future Corkonian Manhattan look like? The core of the city, the island, is home to 4,141 residents within roughly 1.07 miles squared. This works out as a population density of 3,860 per square mile.

A few weeks ago, I cycled around an old, highly populated district of Copenhagen called Frederiksberg. Built by Emperor Frederik, its is approximately 3.4 square miles, with a population of 103,192 and a density of 30,720 people per square mile.

If Cork island were to achieve Frederiksberg levels of density, the island’s population would swell to 32,952 people – that’s almost eight times greater than its current level. Now that would be a Manhattan of sorts on Ireland’s south coast.

Cork does not need to emulate Manhattan or even Frederiksberg, but to achieve the type of densities required to reinvent the core of the city, a significant increase in building is needed.

One obvious way of doing this, given the population projections and the increases expected, is to pick your density and work backwards. It involves building up accordingly, identifying all the vacant sites and starting to build public transport infrastructure now to cater for the desired densities in a small, but vibrant area.

These kinds of decisions would allow the city to truly embrace city living. Why not let the “real capital” start setting standards for the rest of the country. The only downside is that it would give limitless bragging rights to my cousins.