How Covid-19 could change Lahinch and Ranelagh for the better 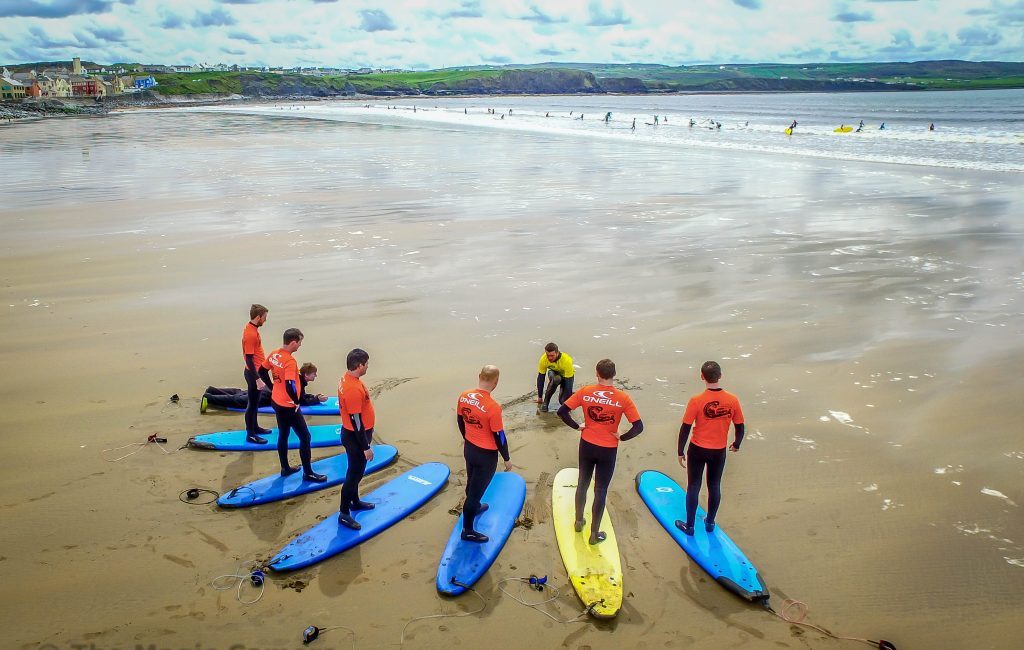 The July stimulus plan announced by the Government this week is a step in the right direction. Expect more because the economic heft needed to lift the economy out of this slump will be hindered by coronavirus.

In normal recessions, the recovery emerges slowly as people become more confident, looking forward instead of backwards. An iterative process, this recovery is a step-by-step movement, like climbing a ladder, looking for the next rung. Confidence builds, one small decision at a time. We edge upwards. True escape velocity is only achieved when consumer spending – 60 per cent of GDP – kicks in. Without consumer spending, there is no recovery.

Consumer spending means your spending and mine – in shops, pubs, restaurants, hotels, at festivals, on our houses. Consumer spending is chatty. It likes to go out, have face-to-face contact and it loves mingling.

Coronavirus loves that too because corona needs us, in order to hurt us. The virus enlists us to infect others. Our breathing does its dirty work. It makes us complicit as it jumps from the sick to the healthy. We are assassins for the virus, yet we are also saviours of the economy.

Saviour or assassin, take your pick. The paradox of the pandemic has an unforgiving logic.

Traditionally, spending is constrained by income. Spending can be coaxed by tax cuts or lower interest rates, by encouraging borrowing (which is spending brought forward to today, rented from tomorrow).

But in a pandemic, spending is constrained not by income but by fear. The virus determines the bottom line, putting a lid on spending, robbing the recovery of its momentum. As a result, the more the economy begins to recover, the more we risk lockdown.

When the economy opens up, the recovery gains a toehold, and then someone out spending passes the virus to someone else, and we may have to lock down again.

In truth, only a vaccine can save a small, open, trading economy like Ireland from the threat of revolving lockdowns. Large closed economies can shut themselves off; it will be harder for smaller ones. Therefore, rolling State intervention and more borrowing – free money, at zero cost – will be needed.

Looking beyond the next 24 months, Covid-19 will change the way we live, the way we work and the way we commute.

Over the past few days, conversations with a number of chief executives of large companies both here and abroad have led me to understand that companies couldn’t get people back to work even if they wanted to. Working from home is now a real option.

Cities are going to be turned inside out. Roads, once reserved for cars, will be liberated for people. Cities won’t need to sustain commutes. The urban streets and footpaths will once again become the arteries of a living city. No longer will we empty out of our homes in the morning to slavishly sit in rush-hour traffic or cram on to packed trains, only to empty out of the office and clog up roads again in the evening.

This shift to home working will also be led by businesses, which collectively will be able to save billions on rent.

The latest buzzword is the “15-minute city”, coined by Carlos Moreno, the urban adviser to the mayor of Paris. The central idea is post-car urban centres, where everything you need is at most a 15-minute walk or cycle away, including schools, clinics, bars, restaurants, offices (or at least work hubs) and entertainment.

Rather than see the city as linear, having an “in and out” relationship to the suburbs, the city is seen as concentric circles, each having this 15-minute radius where, as the Mars ad once said, people work, rest and play.

Such a living city becomes a breathing organism more like the easy-going urban canvas of Leopold Bloom’s walkabout Dublin in Joyce’s Ulysses, rather than some sterile, utopian technopolis dreamt up by coders in Silicon Valley. It’s all quite exciting, demanding just small tweaks to the way we see the world.

I thought about these new possibilities and relationships in two different locations, Lahinch, Co Clare and Ranelagh, Dublin 6 this week.

In Lahinch, the main street was ruled by the car. Hundreds of holidaymakers weaved in and out between them. The sun shone but restaurants in the town were largely indoor affairs, and pubs were boarded up.

Imagine, just for the holiday season, banning cars from the street, allowing the restaurants to occupy the liberated spaces, creating an entire new living piazza – from the glorious beach right up to the top of the town – for people to enjoy rather than setting aside huge wasteful tracts for parked cars and cramped two-way traffic. The enemy of social distancing is the car. All the traders in the town suffer as a result.

Similarly in Ranelagh, I sat outside a cafe and watched a man park his car in a cycle lane. He was probably just thinking, “I’ll only be here for a few minutes”. However, this one act gave permission for others to follow suit. In a few minutes, the cycle lane was filled by five more copy-cat parked cars, forcing bikes into the traffic, which was backed up rendering road space even more cramped, all because the interest of one car driver prevailed over the streetscape.

In a post-car urban world this will not happen, not because some iron law will be enforced – although it would be a start – but because hopefully we will police ourselves. In the same way as smoking became less common over the years, people’s urban behaviour will change in the face of evidence.

The evidence will be a city reframed by people not wanting or needing to commute. The city then turns itself into a completely different organism. It evolves. It may evolve backwards, taking on an Edwardian character, although facilitated by 21st-century technology. Relationships with old certainties change and little tweaks result in big wins.

Initially it will frustrate drivers but, in time, the one-ways and pedestrian walkways will become normal and old offices will be replaced by new homes, leading to the living city, what urbanist and activist Jane Jacobs described as the “intricate ballet in which the individual dancers and ensembles all have distinctive parts which miraculously reinforce each other and compose an orderly whole”.

Such is the potential positive legacy of Covid-19. Bring it on.