Burger King, Irish farmers and the end of meat 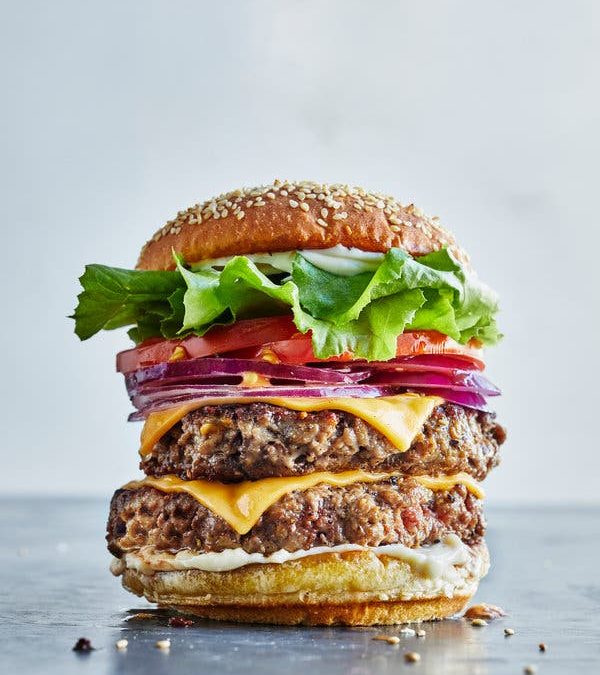 Are we witnessing the beginning of the end of meat? Will future generations regard our habit of using an animal’s digestive system to turn vegetable protein from grass into living body parts, and ultimately slaughtering that animal in order to ingest what was the original vegetable protein, as not only barbaric but idiotic?

Burger King this week announced it will be selling two plant-based burgers at its burger joints all over Europe. The Rebel Whopper and the Rebel Chicken King are already available in Sweden and are soon to be “rolled out” across Europe. When Burger King – hardly a cutting-edge player in changing dietary tastes – embraces synthetic meat, you know something significant is afoot.

Four major trends are affecting the meat industry worldwide. The first is the link between wealth and meat. As people become richer, they switch from vegetable-based diets to more protein-rich, meat-based diets. Huge swathes of people who ate little meat before, particularly in China and India, are slowly increasing their demand for meat as they climb out of poverty. It is estimated that the demand for meat will increase by 70 per cent globally by the year 2050.

We have seen the same trends in Europe over the years: as Europeans got richer, meat became a staple rather than a treat. Over the past few decades, as demand for meat increased in Europe and America, linked to rising incomes, the price of meat fell as the industry became more productive. Unpleasant as it may sound, this means getting more meat per animal.

We have seen the same trends in Europe over the years: as Europeans got richer, meat became a staple rather than a treat. Over the past few decades, as demand for meat increased in Europe and America, linked to rising incomes, the price of meat fell as the industry became more productive. Unpleasant as it may sound, this means getting more meat per animal.

However, this increase in the industry’s productivity has come at an environmental cost. And this is the second trend. As the world has become more aware of climate change, the meat industry has come under ever greater scrutiny. The industry, from belching cows to industrial intensive farming with its deployment of pesticides, is increasingly seen as a major polluter, responsible for 18 per cent of global greenhouse emissions.

As more people demand meat, more land will be diverted to raising cattle, demanding yet more animal feed and – crucially – water. A 2018 report from the Good Food Institute suggests that a wholesale switch to plant-based “clean meat” would see greenhouse gas emissions from meat decline by between 74 and 87 per cent.

The debate is live and may well ultimately focus on a binary choice: meat or the planet.

Environmental concerns and lifestyle choices such as vegetarianism and veganism are driving the third major trend in the rich world. As the vegetarians of Asia turn carnivore, the original carnivores, the Western middle class, are turning veggie.

Bord Bia estimates that 8 per cent of people in Ireland are now vegetarian. This is a doubling in a decade. Vegetarianism is well on its way to the mainstream.

The fourth major trend that threatens the beef industry is science. Rapid advances in stem technology have allowed scientists to produce “meat” in a more efficient, environmentally sensitive manner: first growing it from animal cells, then from plant cells. This year, Impossible Foods, a US supplier of meat-free burgers to Burger King, floated on the New York stock exchange. It originally raised $700 million from investors including Bill Gates, and now has a post-float value of more than $8 billion.

In a fascinating interview on the Freakonomics Podcast, the chief executive of Impossible Foods outlines the process of making plant-based, laboratory-invented meat taste like traditional meat. It’s not just the taste that we like, but also the texture, the feel in the mouth, the smells and the extent of the flame used.

How will scientists create a plant-based meat that feels like you are actually eating a perfectly cooked medium-rare steak, just as you always loved it? It will be through trial and error, deploying not just science but using consumers and chefs to create “the real thing” from a plant.

At the moment, the market for alternative meats in Europe – both the plant-based product and the stem cells cultured from animal cells in a laboratory – is about €1.5 billion, or 1 per cent of total global sales. This is likely to increase rapidly.

For example, take the plant-based milk market. Until recently, oat- and soya-based milk products were outliers, consumed mostly by people who were lactose intolerant or had other medical conditions. Today, this market is estimated to make up 15 per cent of the total US milk market and is rising rapidly in Europe.

If the plant-based meat market follows a similar trajectory, we will see the most significant change in human eating habits in centuries.

The implications of this for farming and in particular Irish farming and society are immense. At the moment farmers are fearful of cheap Argentinian and Brazilian beef entering the EU; what are they going to say when EU-produced alternative meats – sold at a fraction of the cost and marketed cleverly as the only environmentally friendly meat – become widely available to younger generations?

If Greta Thunberg ate meat, she’d eat plant-based meat. I can’t think of a better advertising strapline than that, can you?