Boris Johnson is like an incompetent kidnapper taking Ireland hostage 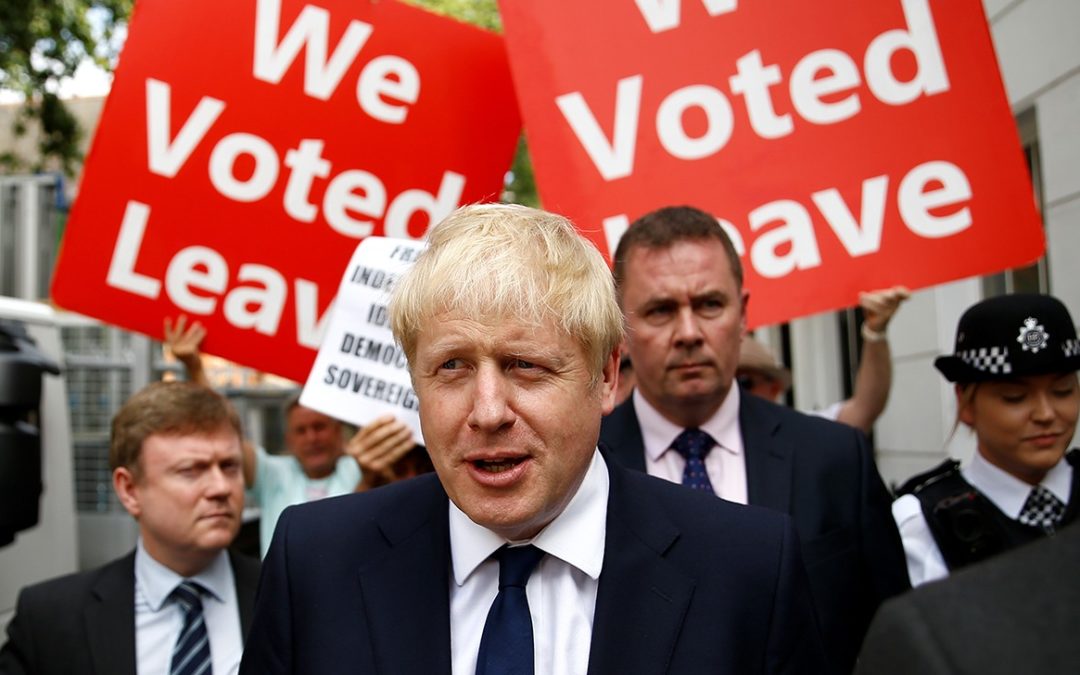 The Brexit saga has become a bizarre hostage situation: Boris Johnson is the kidnapper, the ransom is the backstop and Ireland is the hostage. Johnson is demanding the EU drop the backstop or he will shoot the hostage. We’ve been here before. Traditionally, the mantra has been: “We never negotiate with terrorists.” Let’s see what happens.

We all appreciate the notion that if we reward bad behaviour, a kidnapper will resort to intimidation again. The European Union has a choice to make. Ireland will survive this. It might well be convulsive but the economy is strong enough, just. And then what?

When you think about it, the “no-deal” option is only “no deal for now”. No deal is not a long-term option; ultimately, the United Kingdom will have to do a trade deal with the EU. The facts are pretty straightforward – 47 per cent of all UK exports go to the EU and, in turn, 52 per cent of all UK imports come from the EU. No matter how the hostage drama turns out, no matter what the political and economic fallout, the UK will be back at the table very soon. The more chaos at British ports, the shorter the self-imposed mercantile lockout.

Perhaps the EU should sit tight and play the long game? Once he shoots the hostage, all his negotiating power is gone – and the problem for the kidnapper is that he can only wound the hostage, not kill it. All that will remain is the much diminished UK with its economic reputation in tatters. The damage inflicted on its economy will be much worse than anything inflicted on us and, once the dust settles, investors will consider which location is more attractive – the one with open access to the EU or the one with trade barriers, tariffs and red tape that has locked itself out of a market with which it still does half its trade.

Which is more appealing for capital? The one with open access to trade and open access to the best talent in Europe that can live freely in Ireland? Or the one with barriers to entry and embargoes on talented people coming to live there, not to mention an ongoing political chasm where close to 50 per cent of the population feel betrayed and the other 50 per cent feel like they’ve achieved some phantom victory in a war that they started? And all this before you entertain the next Scottish independence referendum.

It’s pretty straightforward. There will be many twists on the road but the long game is glaringly obvious and it is the one on which we must focus. The present incarnation of the British cabinet has made its choice. We have to make ours.

The State would be better off allowing this to play out and concentrate on housing, planning, education and urban development. Ultimately, these are things that will matter, not the whims of the Etonian. Ireland is fully plugged into the world economy and it is that world economy which will dictate our prosperity, not the fantasies of a neo-colonial cabal with profound delusions about their abilities.

The delusions are fascinating. In behavioural economics (the branch of economics that incorporates human psychology into economic decision making), there is a condition known as the Dunning-Kruger effect. It stems from the observation that people who are least competent often incorrectly overestimate their own abilities because they are too ignorant to know otherwise.

As we are talking about incompetent kidnappers, let me tell you about the world’s most incompetent bank robber and how he prompted a fascinating study about human psychology.

In 1995, an 18st stone bank robber, wearing no mask or disguise, tried to rob a bank in Pittsburgh. He also smiled at the CCTV cameras, giving cops a relatively easy job. When they picked him up that afternoon, at his home, the thief, McArthur Wheeler, responded despondently: “But I wore the juice.” Lemon juice is used in invisible ink so Wheeler thought that if he sprayed lemon juice on his face he would be invisible to the CCTV cameras and would get away with everything.

“Overestimation occurs, in part, because people who are unskilled in these domains suffer a dual burden: not only do these people reach erroneous conclusions and make unfortunate choices, but their incompetence robs them of the metacognitive ability to realize it.”

Another aspect of the Dunning-Kruger effect that people suffering from this delusion – common, but more prevalent in men than women – is that the person often attributes success uniquely to their own abilities. However if they fail, others are blamed. Such people are often slow to recognise talents in others, ascribing the success of others to good fortune.

This is the syndrome that led Charles Darwin, in The Descent of Man, to observe that: “Ignorance more frequently begets confidence than does knowledge.”

When assessing the position of incompetent bank robbers, swaggering students who think they are brilliant or indeed a reckless kidnapper who overplays his hand, the Dunning-Kruger effect is a handy framework.

Consider a cabinet of politicians who believe a country that has not run a trade surplus for a generation is a great trading nation. This country runs a massive deficit with its main trading bloc and is now going to wilfully lock itself out of that market in favour of invented markets (as yet unspecified) which these politicians think will make it prosperous. Ruminate on the mindset that depicts such elemental economic recklessness as a great “adventure”. And now contemplate the type of kidnapper who, at best, can only wound the hostage but carries on ratcheting up the standoff with an adversary who actually wants to do a deal.

You couldn’t make this stuff up. Lemon juice anyone?