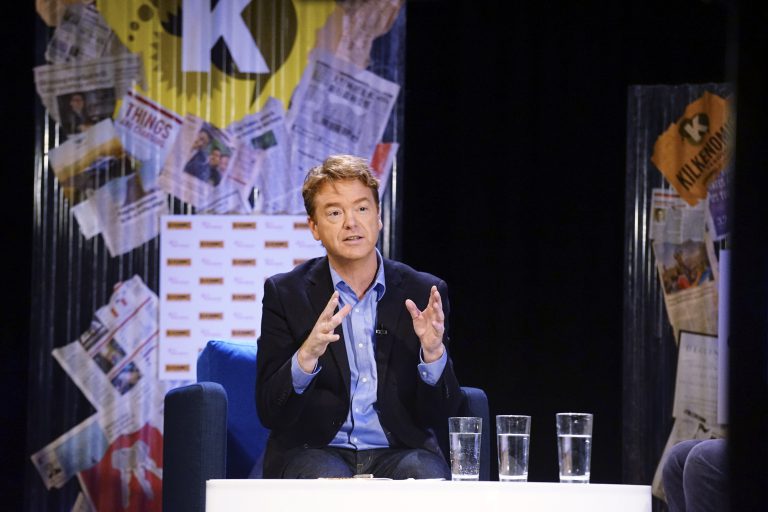 Economics is only the business of people’s everyday lives and I strive to demystify economics and make it jargon-free and accessible. A subject this important should not be left to a select few behind closed conference room doors.
Book David
Contact David

David McWilliams is an economist, author, journalist, documentary-maker and broadcaster. He is Adjunct Professor of Global Economics at the School of Business Trinity College Dublin. David is ranked 10th most influential economist in the world.

He has devoted his entire professional life to the objective of making economics as widely available and easily understandable on as many platforms and to as many people as possible –and is having a laugh doing it.

As a result, he co-founded the world’s only economics and stand-up comedy festival Kilkenomics – described by the FT as “simply, the best economics conference in the world”. He also founded Ireland’s leading literary and ideas shindig, the Dalkey Book Festival. The WEF at Davos debased their currency profoundly by making him a Young Global Leader a few years back.

As well as writing a weekly economics column in the Irish Times, he is active on social media and was named Ireland’s “most influential Twitter user” in 2016. David uses new ways to explain our economic world for example Punk Economics and a new venture with the FT, Punk FT, deploy cartoons to make economics digestible for normal, non-nerdy, punters.

David has written four bestsellers and one of these The Pope’s Children is the best selling nonfiction ever published in Ireland. His writing style is described by Bloomberg’s head of economics Stephanie Flanders, as having “a great knack for bringing a complex economics story to life. He is also funny. In economics, that’s a rare and persuasive combination.”

Once upon a time, David had a few real jobs, working extensively in the public and private sectors. He was an economist in the International Relations Department of the Irish Central Bank; Chief European Economist at UBS, Europe’s largest bank; and Head of Emerging Markets Research at Banque Nationale de Paris.

David’s real life examples bring to life the history of economics which seemed so irrelevant to me and made me realise in fact how very relevant all the details of the past are. David changed my way of thinking – he changed my attitude and I found a new respect for economics which I never had before. Economics Without Boundaries Student
Tweets by @davidmcw